ECT remains a controversial topic within medicine and psychiatry, raising concerns about ethics and the right to effective treatment, the historical record of its clinical efficacy, the research with children, adolescents, and young adults with autism spectrum disorder and catatonia, and evidence for treating self-injury and aggression in persons with intellectual and other neurodevelopmental disabilities. Catatonia is a psychiatric condition characterized by the presence of immobility, mutism, body posturing, stereotypy, and unresponsiveness to external stimulation, among other symptoms. Persons diagnosed with catatonia also refuse to eat, may become incontinent, appear to be disengaged from their surroundings, and display unusual body mannerisms (Wilcox & Reid Duffy, 2015). Catatonia can co-occur with schizophrenia, affective illness, neurodegenerative disease, and other neurological comorbidities (Fink & Taylor, 2003). 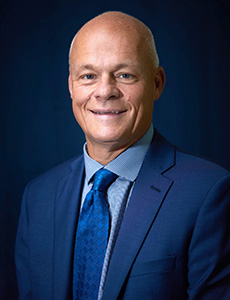 This story is about one man’s journey and how ECT provided him the opportunity to re-establish his identify and keep him safe from hurting himself. The results from this story suggest that ECT can reduce health-threatening and dangerous behaviors, increase engagement with purposeful activities, and greatly improve quality of life with a person with autism spectrum disorder (ASD) and catatonia who was unresponsive to behavioral, educational, and psychopharmacological interventions that were implemented under with no indication of therapeutic resolution. Further, the story illustrates how the schedule for delivering ECT must be carefully evaluated in order to individualize treatment that produces the most desirable, robust, and enduring results with individuals.

Lee (a pseudonym) is a 31-year-old man who had been admitted to a residential school serving children and adults with neurodevelopmental disabilities when he was 16 years of age. He had been hospitalized for more than a year before coming to this school due to extensive and life-threatening self-injury. During hospitalization, Lee needed continuous 2:1 staffing, he wore a protective helmet, was fitted with bilateral arms and leg restraints with rigid inserts that prevented flexion at elbow and knee joints, received frequent physical restraint from unit staff to prevent and minimize body trauma from harming himself, and was mechanically immobilized in bed during overnight hours. He also received several pharmacologic trials with neuroleptic, anti-seizure, antihistamine, and opioid-antagonist medications. His diagnostic formulation was PDD-NOS, intellectual disability, severe depression, and post-traumatic stress disorder (PTSD) stemming from years of neglect at the hands of his biological parents when he was an infant and young child.

After hospital discharge, Lee continued to engage in high-frequency self-injury during his first three years at the residential school. However with a comprehensive clinical, educational, psychiatric, and medical services provided at the residential school, Lee demonstrated clinically significant progress over many years, notably becoming fully verbal and interactive with care providers, displaying a full range of emotions, achieving a 6-7th grade reading level, experiencing community events such as visits to sports venues, parks, zoos, and restaurants, caring for personal hygiene, gaining weight, and joining services planning meetings to advocate for himself and suggest quality of life objectives. The frequency and intensity of self-injury diminished to manageable levels as he learned to regulate his emotions, verbalize frustration, and acquire self-calming strategies. He coined the phrase “Lee the Great” and lived his life to the fullest.

Despite his amazing improvement, Lee had a single severe incident of self-injury approximately four years ago resulting in severe tissue damage to his head. There were no remarkable or unusual events evident nor program changes, negative interactions with care providers, illnesses, suspected abuse, or indications of stress that might have accounted for his behavior. For approximately 16 months following this serious incident, Lee had increasingly frequent daily episodes of self-injury, required continuous staff coverage during waking and overnight hours, wore a helmet, knee pads, wristbands, and lap mat throughout the day, and would exhibit aggression towards care providers when they attempted to temporarily remove protective equipment for hygienic cleansing and assist him with self-care routines.

In the context of behavioral deterioration, Lee lost interest in previously preferred activities at the residential school and in the community, presented with a persistent “flat” affect, ate sparingly, stopped speaking, became prompt dependent, no longer cared for himself, and developed diurnal and nocturnal enuresis. Medical evaluations revealed that he had a moderate duodenal ulceration but without active bleeding, no seizure activity, and absence of recent illnesses. A head MRI approximately one year before the study was normal.

As further evaluation of Lee’s deteriorating condition, the residential school sought medical consultation with several physicians, including a psychiatrist who specialized in the relationship between ASD and catatonia, combined psychopharmacological and behavioral treatment modalities for self-injury and aggression, and ECT. On the basis of observing and interacting with Lee, conducting physical examination, taking a detailed history from speaking with care providers, and reviewing case reports, multi-year data, and prior evaluations, she concluded that he qualified for a diagnosis of major depression, severe, chronic, with catatonic features. Her key diagnostic impressions were the sudden, dramatic, and unexplained behavioral deterioration Lee experienced with accompanying loss of speech, motor slowing, anhedonia, diminished appetite, blunted affect, parkinsonian symptoms, and persistent and violent episodes of health-threatening self-injury. The treatment recommendation, which led to this case study, was to refer Lee for ECT.

Lee received ECT at a metropolitan hospital in relatively close proximity to the residential school. Pre-ECT evaluation included brain MRI, EKG, EEG, and blood work. Informed consent for ECT and additional medical protocols associated with its use were obtained from Lee’s legal guardian through a court-appointed process. Lee further assented to ECT following several meetings with him that explained how treatment would be performed, for example, going to the hospital, the requirement for intravenous placement, frequency of delivery, common side effects, and the role of physicians responsible for his care. Coordinating clinicians and administrators at the residential school discussed with Lee that ECT was intended to make him feel better, become more active, and participate in activities he enjoyed previously. Given Lee’s condition at this phase, it was difficult to confirm how much he understood, suffice it to say that he did not react negatively or show discomfort during the explanatory meetings.

Through consultation with the hospital team, care providers at the residential school followed a preparation protocol to ensure that Lee was properly hydrated and received prescribed medication before ECT sessions. The care providers transitioned him to and from the hospital at designated times on scheduled treatment days. A preparation protocol at the hospital was also established with Lee. Throughout the course of ECT, care providers continued to implement the educational and behavior support procedures that were in effect with Lee during the baseline phase. Nursing staff at the residential school were also continuously involved in health monitoring.

A schedule of three ECT sessions per week started and was then reduced and readjusted over the past two years based on his self-injury, aggression, his health status and his toleration of treatment by the medical team. Currently Lee receives maintenance ECT treatment once every two weeks.

Over the course of treatment, Lee’s behaviors initially remained variable, however gradually his profile began to change. His most serious self-injurious behaviors decreased, and we began to see the Lee of old. Beyond the changes in self-injury, Lee’s communication, social, and interpersonal skills improved significantly during the course of ECT. He initiated and responded to conversations with care providers, performed self-care and daily living routines, attended a vocational training program, and accessed the community successfully. His health status also recovered, he was more energetic, stopped harming himself, and gained weight. Another salutary outcome during ECT was Lee becoming active again by attending and participating in his program planning meetings. In response to inquiries from familiar care providers, Lee acknowledged that he was “doing better” and reacted positively when praised for his accomplishments. Although Lee still occasionally struggles and is challenged by his post traumatic history, his future remained bright. His humor and smile have returned and he is enjoying spending time with his friends in his house and the community. “Lee the Great” has returned!

Frank Bird is Chief Clinical Officer at Melmark and is the guardian of Lee.

The behavioral health community can take enormous pride in the societal evolution of attitudes toward mental health challenges (to avoid the repeat of the word “treatment”). Psychological treatment is no […]

The Social Determinants of Help-Seeking for Young Men of Color

As the dust settles on one of the most polarizing and emotionally charged presidential races in the United States’ history, the country finds itself in the midst of a mental […]

The Visiting Nurse Service of New York (VNSNY), established in 1893, is the oldest and largest not-for profit home health care agency in the country. VNSNY established its Community Mental […]