Federation of Organizations is celebrating the 50th anniversary of its incorporation as a not-for-profit by the parents of people with serious mental illness and/or developmental disabilities. Fifty years ago, these parents dreamed of changing the system. That has certainly come true! We can see the difference by reading recent articles with headlines like, “UnitedHealthcare Selects Behavior Health Startups…,” which discuss yet another telehealth startup delivering behavioral health and substance use services remotely to the general public. Times certainly have changed! 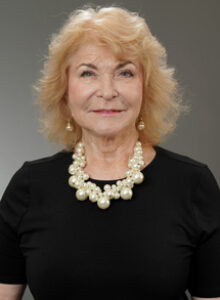 Before the late 1960s/early 1970s, when the deinstitutionalization movement started, the nexus of treatment for mental illness and developmental disabilities was the institution. People were institutionalized, often with little differential diagnosis, and sent to one of the large hospitals located across New York State. At the height of the institutional movement there were 90,000 people living in psychiatric hospitals statewide. These institutions provided stable employment with a steady income and retirement benefits to local people, which were not available in other sectors in many parts of the state. Irving Goffman, a sociologist, described this system very well in his early-1960s book, Asylums. The institutions supported local economies, and all was well with the world until the escalating cost and dubious results of this system became apparent. 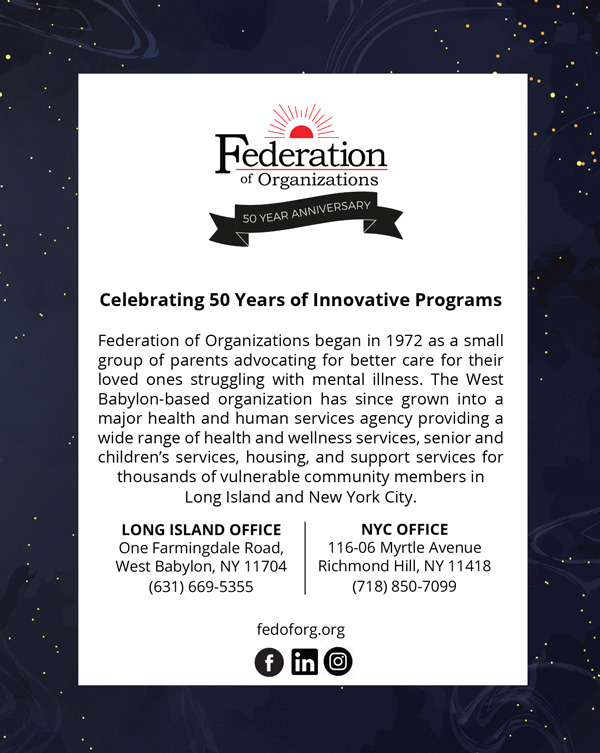 Deinstitutionalization began and accelerated, fueled by the advent of effective psychopharmacology and the liberation ideology of the 1960s. In the institution-based phase, treatment consisted of long-term institutional care. In that era, parents were blamed for, or at least considered a major factor in, their children’s mental illness. There was talk of schizophrenogenic parenting. Recovery was not a concept. Stabilization on medication and lifetime institutional care was seen as the best outcome. Family members organized parent groups to bring enrichment activities such as holiday parties into the hospitals. Sometimes people could be discharged into Family Care, a system overseen by the state, where people were placed with families in the community who were paid a fee to care for them – like adult foster care.

At first, 2/3 of the people released from hospitals were sent back to their families of origin. There were few community resources, and the family groups focused on advocacy to divert resources to community-based services. At one point, as I remember, 80% of the mental health dollar went to the institution-based state system and only 20% to the community-based providers, which were now serving all the people who had been released from the institutions. There has been a long struggle, which still goes on, to divert resources to the community from the institutions, which are still important to local economies in some regions of the state.

This brings us to 1972, when some of these family groups centered in the institutions united and founded Federation with the purpose of advocating for investment in community resources. In its early stages, Federation focused on advocacy and preferred to spin off new organizations that would incorporate separately and take responsibility for program operation. It was in this phase that Federation advocates were responsible for the creation of such agencies as FREE, Transitional Services of Long Island and New York, Rockland Hospital Guild, and Project Real, which flourished and continue to serve the community today.

While continuing to advocate for the establishment of community-based services, Federation maintained its commitment to people still living in institutions. The family groups continued to bring resources to the hospitals, usually in collaboration with the hospital’s director of volunteer services. For many years, Concerned Citizens of Creedmoor operated a snack bar that employed hospital patients, working with Creedmoor vocational rehabilitation staff, to prepare people for eventual outside employment.

In the late 1970s, still committed to bringing resources into hospitals, Federation’s board received a grant from the Corporation for National and Community Service (a Federal agency then called ACTION) to sponsor a Foster Grandparent Program (FGP) in Suffolk County. This was the first program operated by Federation as it transformed itself from an advocacy coalition to take on program operation. FGP provides low-income seniors volunteer opportunities working with children at risk. Foster Grandparents receive a stipend and other benefits that cannot be considered income under Federal law. True to its mission, in addition to placements in schools, daycare centers, and other community sites, Federation was pioneering in its effort to bring Foster Grandparents into psychiatric institutions. At that time there were still children’s units in major Long Island psychiatric centers: Central Islip, Pilgrim, Kings Park, and Sagamore, a children’s hospital. Seniors were recruited and placed in these settings. The effort was very successful and continued until the children’s units were shut down, when the volunteers were moved to community sites.

With FGP’s success and the increasing pace of deinstitutionalization, Federation’s board looked to another Federal program funded under the Older Americans Act: the Senior Companion Program (SCP). Here the focus of the senior volunteer was other seniors, providing friendly visiting and assistance with community access to homebound frail elderly individuals. By this time many older people with long histories of psychiatric hospitalization had been released into adult homes in Suffolk County. These were people who had spent large parts of their lives living in psychiatric hospitals, often moving from one to the next and ending up in Suffolk, a place with which they were unfamiliar. Most spent their days around the adult homes with little stimulation, punctuated with monthly visits to the clinic for medication management. Some people attended day programs or sheltered workshops, but life was lived mostly in the closed circle of former mental patients and outpatient treatment.

In 1981, funded by the Office of Mental Health, Federation put a special spin on SCP by hiring people who themselves had long histories of psychiatric hospitalization as Senior Companion volunteers. They would reach out to their peers and be role models for the possibility of recovery. Federation hoped that Senior Companion volunteers would provide socialization and peer support in the adult homes and assist residents in utilizing community resources such as public transportation, libraries, and recreational activities. For the first time, inspired by a strength-based perspective and based on peer support and self-help, the possibility of recovery and community engagement was brought to people who had been relegated to community-based institutional care. The success of our recovery-oriented approach and the inspirational work of our peer volunteers impacted greatly on the existing service delivery system, and Federation grew as resources were directed to community services.

For 50 years, inspired by the experience of family members and peers, Federation has developed a network of services supporting recovery from mental illness and community integration for people with disabilities. We have helped pioneer the transformation of the mental health system from an institution to a community base and championed the goal of recovery and community participation over surrendering to long-term disability isolation.

Now, in 2022, Federation serves up to 7,000 people annually in communities of Nassau, Suffolk, Brooklyn, Queens, Bronx, and Manhattan. We serve people with chronic illness, families/individuals living in poverty, and people aging in the community. Our newest initiatives in development include 3 Safe Option Support (SOS) Teams in Queens and Brooklyn, an integrated mental health/SUD Certified Behavioral Health Clinic, 2 Intensive Crisis Residences, OASAS clinic, expansion of Narcan training on Long Island and New York City, telehealth access to recipients of soup kitchens, and our most recent award from SAMHSA to develop a mobile SUD treatment team serving LBGTQ+ individuals. We are also developing 2 large affordable housing projects in Brooklyn and Far Rockaway. We continue to transition individuals out of adult homes to scattered site supportive housing. We also are serving individuals who are aging in place in supported housing.

Looking to the future, Federation will continue to focus on ability rather than disability. We remain committed to developing and implementing evidence-based interventions and programs in response to need. Our goals include expanding our affordable housing projects, establishing an integrated wellness clinic, expansion of crisis services, and looking into geographic expansion.

As we celebrate our 50th anniversary, we salute the pioneering family advocates who did so much to change the system and look forward to further enhancing the health and lives of the people we serve in the future. Please visit us at www.fedororg.org for more information.

Barbara Faron is Chief Executive Officer of Federation of Organizations.