In 1988, President Ronald Reagan signed into law amendments to the Federal Fair Housing Act (FHA) that extended the provisions of that law to persons with disabilities. The FHA prohibits discrimination in housing on the basis of disability. In 1990, President George H.W. Bush signed into law the Americans with Disabilities Act (ADA), which prohibits discrimination against persons with disabilities by State and local governments.

Both of these laws have been used successfully in combatting discrimination by municipalities, landlords, condominiums, and cooperatives against persons with mental disabilities and persons recovering from alcoholism and substance abuse. Providers of housing to people with disabilities have also used the laws to obtain housing for the persons they house.

Persons Covered by the Anti-Discrimination Laws

The FHA covers housing for persons with disabilities. A disability as defined by the FHA is a person who has “a physical or mental impairment which substantially limits one or more of such person’s major life activities, a record of having such an impairment, or being regarded as having such an impairment.” 42 USC Section 3602(h). With some minor exceptions, the FHA applies to all housing. The ADA has the same definition of disability as the FHA, 42 USC 12102[2], but only applies when the discriminatory act is performed by a governmental entity, such as in government housing, the denial of permits necessary to establish housing for people with disabilities, or zoning laws that preclude housing for people with disabilities.

The United States Court of Appeals for the Second Circuit, which has jurisdiction over New York, has held that persons recovering from alcoholism and substance abuse are persons with disabilities covered by the FHA and the ADA. RECAP v. City of Middletown, 294 F.3d 35 (2d Cir. 2002). However, the FHA does not cover persons who have been convicted of “the illegal manufacture or distribution of a controlled substance.” 42 USC 3607(b)(4). Likewise, the FHA does provide protection to persons “whose tenancy would constitute a direct threat to the health or safety of other individuals or whose tenancy would result in substantial physical damage to the property of others.” 42 USC 3604(f)(9).

Providers who provide services to persons with disabilities can bring actions under the FHA and the ADA. Human Resource Research and Oxford House v. County of Suffolk, 687 F.Supp.2d 237 (E.D.N.Y. 2010). As the provisions of the FHA and the ADA are relatively similar, it is usually not necessary to bring an action under both laws.

Actions Covered under the Anti-Discrimination Laws

The FHA and, when applicable, the ADA, prohibit the refusal to sell or rent or otherwise make unavailable a dwelling to a person with disability because of that person’s disability. 42 USC 3604(f)(1). The law specifically applies to the actual persons with a disability or “any person associated with that buyer or renter. “ 42 USC 3604(f)(1)(A), (C). As defined by the law, a “person” under the law could be an individual or a corporation. 42 USC 3602(d). 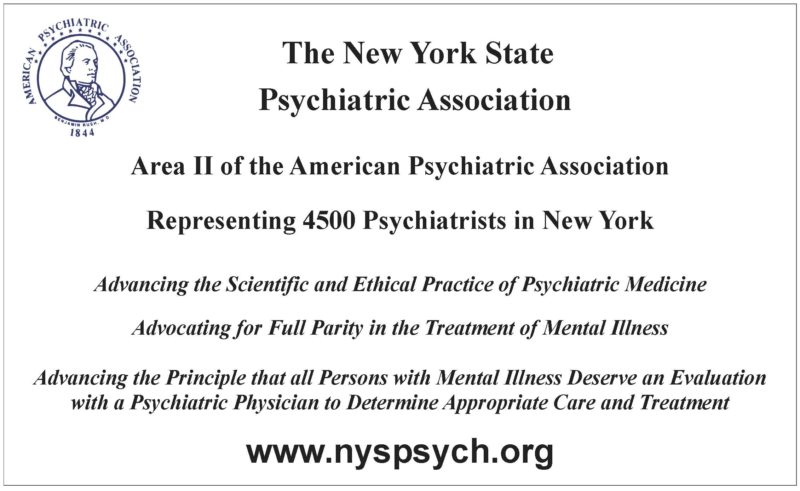 Actions covered by that provision of the law would include the refusal of sellers, condominium and cooperative boards, and landlords to sell or rent premises to persons with disabilities because of their disabilities. It would also include municipalities which have zoning laws that exclude housing for people with disabilities or deny permits to housing providers because of the disability of the prospective residents.

The FHA also prohibits discrimination against any person in the “terms, conditions, or privileges of sale or rental of a dwelling, or in the provision of services of facilities in connection such dwelling” because of the disability of a person or any person associated with the person with a disability. 42 USC 3604(f)(2)(A), (C). For example, if persons with disabilities are precluded from using certain facilities such as a swimming pool or an exercise room because of their disabilities, that would be in violation of this section of the law.

Another example of this type of discrimination was found in Cason v. Rochester Housing Authority, 748 F.2d 1002 [W.D.N.Y. 1990] where the court held that a housing provider could not ask medical questions of people with disabilities different from those asked of other prospective tenants.

The FHA also requires a landlord to permit a person with a disability to make reasonable modifications of an apartment (at the expense of the person with a disability), if such modification is necessary to afford such person full enjoyment of an apartment. 42 USC 3604(f)(3)(A). For example, a landlord must permit a tenant to retrofit a kitchen or bathroom if necessary to accommodate the tenant’s disabilities.

A landlord or other housing provider must also make “reasonable accommodations in rules, policies, practices, or services when such accommodations may be necessary to afford such person equal opportunity to use and enjoy a dwelling.” 42 USC 3604(f)(3)(B). That might include permitting a person with a disability to have a dog if necessary in a no-dog building or granting a person with a disability a parking space closer to the building than a non-disabled person.

Another little-used section of the FHA makes it unlawful to “coerce, intimidate, threaten or interfere” with a person with a disability living in a dwelling or using the FHA to enforce a right under the law. 42 USC 3617.

There are basically three ways in which a housing provider or a person with a disability can prevail in an action brought under the FHA.

The first way is to show that someone has acted with “discriminatory intent.” That would entail showing that a seller refused to sell premises, or a landlord refused to rent premises, or a municipality refused to grant a necessary permit because of the disability of the future residents. A “discriminatory intent” case could also include a challenge to zoning laws that on their face prohibit or make more difficult the establishment of housing for people with disabilities. For example, in Human Resource Research and Oxford House v. County of Suffolk, supra., the Court held that a law that placed land use requirements on housing for persons recovering from alcoholism and substance abuse not placed on others was discriminatory on its face and that the law was discriminatory and violative of the FHA because the municipality was unable to demonstrate a legitimate justification for such law.

A second way is to show that an action had a “disparate impact” on a person with a disability because of that person’s disability. In other words, a law or a policy that prevented a person with a disability from obtaining or using housing that had a greater impact on persons with disabilities than non-disabled persons. For example, in Oxford House, Inc. v. Town of Babylon, 819 F.Supp. 1179 (E.D.N.Y. 1993), the Court found that a law that prohibited transients from living in a residential neighborhood had a disparate impact on people recovering from alcoholism and substance abuse than non-disabled persons because people recovering from alcoholism and substance abuse were, because of their disability, more likely to live in a residence for a shorter period of time than a non-disabled person.

Finally, both New York State law (Executive Law 296), New York City law (NYC Administrative Code 8-107), and the laws of other municipalities such as Nassau County can be used to fight housing discrimination against persons with disabilities.

With a proper understanding of the FHA and the other anti-discrimination laws, those laws can be and have been used to successfully combat housing discrimination in a variety of different circumstances.

Robert L. Schonfeld is of counsel to the law firm of Moritt Hock & Hamroff LLP. He represents housing providers and people with disabilities in actions against municipalities and landlords under the Fair Housing Act.  He was formerly an Assistant Attorney General with the New York State Attorney General’s Office.

Deinstitutionalization Did Not Cause Homelessness: Loss of Low-income Housing and Disability Benefits Did

I recently read yet another article that blames homelessness on deinstitutionalization. Yes, a disproportionate number of homeless people have long-term mental disorders, and yes some—perhaps a third—of these people would […]

Aging in Supportive Housing: One Fall Away from Institutionalization

Lucy is a 62-year-old woman who has lived in supportive housing for over a decade. She has been treated for bipolar I disorder and has a history of suicidality. Like […]