Mental Health Parity in New York – How It Started, How It’s Going

The fight for mental health parity – equal coverage and reimbursement by health insurers of mental illnesses and conditions – has been long and challenging. In the 1990s, the National Picnic for Parity became a grassroots movement in support of parity. The group hosted spirited rallies around the country where politicians, advocates, individuals, and families came to share ideas and experiences and garner support for parity in legislation and policies affecting behavioral health benefits. An August 1, 1998, article in Psychiatric Times describes a typical scene: “Despite threatening skies on a Sunday afternoon in late May, about 2,000 people gathered in New York City’s Bryant Park for the fourth annual picnic given by National Picnic for Parity, a broad-based coalition of mental health providers, consumer groups, legislators, and other advocates interested in achieving parity for mental illness.”1 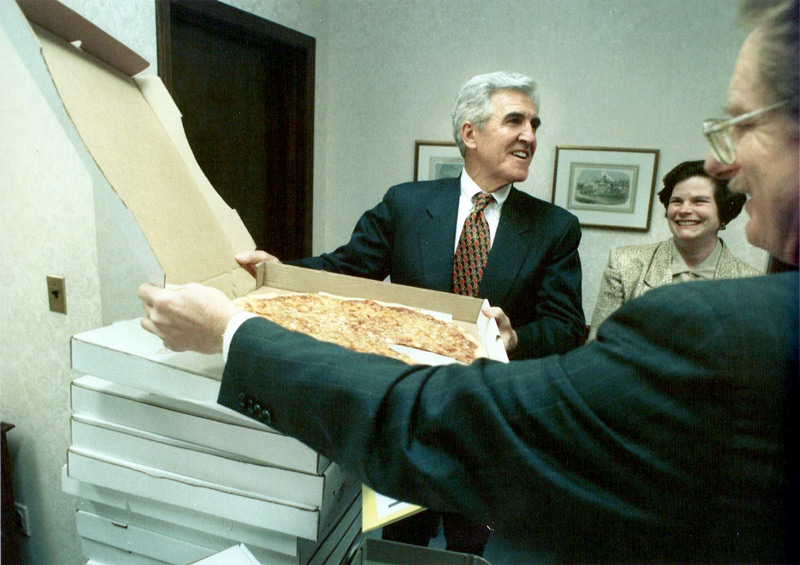 Sadly, just a few years later, in 2001, a 12-year-old boy named Timothy O’Clair from Schenectady, NY took his own life. The O’Clair family’s health insurance plan provided only limited mental health coverage, and as a result, Timothy did not receive the care and treatment he needed. Following significant advocacy by the newly formed Timothy’s Law Coalition, a new mental health mandate bill called Timothy’s Law was introduced in the state legislature and became the new focus of the parity movement in New York.

When the legislature was in session, members of the Timothy’s Law Coalition embraced a new strategy they called Pizza for Parity. Once a week, pizza pies with one slice of pizza missing were sent to legislators in their Albany offices. The missing slice was intended to represent coverage of mental health, which was the final piece of the puzzle, the missing piece of the pie. In other words, there is no true health and well-being without mental health. You can’t have one without the other.

The watershed moment finally came when Timothy’s Law was signed into law in late 2006 and made permanent in 2009. For the first time ever, healthcare insurance policies and HMO health contracts written in New York were required to include benefits for the treatment of mental illness. Timothy’s Law requires all group health plans to provide coverage for at least 30 inpatient days of treatment and 20 outpatient days of treatment for all mental health diagnoses that are covered by the health plan provided to New York State employees and their families, which covers essentially all mental illnesses. In addition, employers with more than 50 employees are required to provide full coverage for schizophrenia, psychotic disorders, major depression, bipolar disorder, delusional disorder, panic disorder, obsessive compulsive disorder, and bulimia and anorexia.

Under MHPAEA, there are two types of treatment limitations: (i) quantitative treatment limitations, which impose limits on number of inpatient days or outpatient visits; and (ii) nonquantitative treatment limitations (NQTLs), which include all other types of limits on the scope or duration of treatment. Examples of NQTLs are medical management, utilization review, fail-first policies, criteria for coding/claims processing, and reimbursement rate calculation methods. The federal law applies only to large employers with more than 50 employees. Small employers with 50 employees or less are not covered by the federal parity law, but are covered by Timothy’s Law.

In 2009, following the enactment of the federal parity law, the New York State Insurance Department (now known as the Department of Financial Services) issued Circular Letter No. 20. This directive to insurers acknowledged that the combination of Timothy’s Law and the federal parity law would significantly expand mental health and substance use disorder benefits for many New Yorkers. The Department confirmed that the federal parity law in combination with the state mandate would require certain employers in the state to provide full parity with respect to visit limits, inpatient days of coverage, copayments, coinsurance amounts, deductibles and in and out-of-network coverage. In addition, Circular Letter No. 20 confirmed that New York’s minimum requirement for outpatient coverage of substance use disorder benefits was now fully expanded into a requirement for parity in outpatient and inpatient coverage of substance use disorders.

Not long after, the Department issued Circular Letter No. 17 (2010), which was crafted after the New York State Psychiatric Association (NYSPA) reached out regarding the refusal of some plans to cover evaluation and management (E/M) claims submitted by psychiatrists. E/M codes are the codes most commonly used by all physicians when evaluating and treating patients. Circular Letter No. 17 prohibited insurers from limiting the types of Current Procedural Terminology® (CPT) codes that it accepts from psychiatrists to codes specifically designated as “psychiatric.” Insurers must accept and initiate processing of E/M codes from any physician, including a psychiatrist, for the treatment of mental, nervous, or emotional disorders or ailments. This was yet another step forward in achieving parity in coverage of the treatment of mental illness.

Despite significant gains over many years, the struggle for parity is still not over. NYSPA and other advocates continue to address the need for full implementation and enforcement of the parity statutes. To assist in this fight, in 2018, New York State established CHAMP, an independent health insurance ombudsman program for substance use disorder and mental health care.2 CHAMP educates and assists New Yorkers in accessing treatment and insurance coverage for substance use and mental health treatment. Free to the public, CHAMP helps with investigation and resolution of complaints and violations of the parity laws.

Also, in 2018, NYSPA championed the Mental Health and Substance Use Disorder Parity Report Act, a state law that requires health plans to implement formal parity compliance plans along with regular reporting to the state. Recognizing the need for enhanced transparency and accountability in parity compliance, the Legislature passed this bill by a near unanimous vote in both houses. This legislation directs the Department of Financial Services to collect data from insurers on rates of utilization review, prior or concurrent authorization, adverse determinations, percentage of claims paid on an in-network and out-of-network basis and network adequacy in order to determine compliance with federal and state parity laws. The data is then analyzed and used to prepare regular compliance reports.

Finally, the 2019-20 New York State Budget included a comprehensive overhaul of the New York Insurance Law in order to eliminate discrimination in coverage of care and treatment for behavioral health conditions. These new provisions, called Behavioral Health Insurance Parity Reforms (BHIPR), include coverage for all mental health conditions, substance use disorders and autism spectrum disorders, as defined in the most recent edition of DSM or ICD. BHIPR also established certain restrictions on the use of prior authorization by plans and requires insurers and health plans to post information about their in-network providers of mental health and substance use disorder services, including whether the provider is accepting new patients.

Insurance carriers continue to engage in utilization review of claims for behavioral health services, including pre-payment review, claims denials and post-payment audits. While health plans are legally permitted to limit covered benefits to only medically necessary care and treatment, some utilization review efforts appear to be conducted solely in connection with claims for mental health treatment or are more restrictive and more stringent than medical necessity reviews of treatment for non-behavioral health conditions. NYSPA continues to work to assist its members as these reviews continue. NYSPA staff regularly write letters to insurers and interface with government regulators on behalf of our members.

Unfortunately, inequities in reimbursement and utilization review for behavioral health services continue to negatively impact access to care. Even though we now have powerful and comprehensive federal and state laws requiring parity, the fight for parity continues on a new front – full implementation and enforcement of the rules already in place. NYSPA will continue to work on behalf of our members and the larger mental health community until inequitable treatment of mental health is a truly a thing of the past. 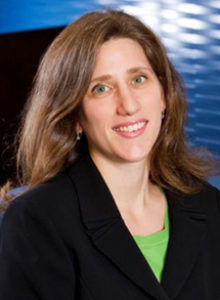 Rachel A. Fernbach, Esq., is Deputy Director and Assistant General Counsel of the New York State Psychiatric Association and incoming Chair of the Mental Health News Education, Inc. Board of Directors.