From the Publisher: A Personal Journey From a Survivor of Suicide: “From the Depths of Despair to a Mission of Advocacy”

I was drifting in and out of consciousness in the emergency room. “You have to drink this,” someone was saying as they held a tall plastic cup to my lips, filled with a tasteless ink-black liquid. I later learned that the charcoal drink was given to me to absorb the toxic soup that was in my stomach after I had taken a handful of pills. I am 6’6” tall – I have very big hands. 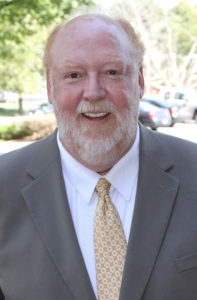 The year was 1996 and I had survived my third failed suicide attempt. I was now on an inpatient psych unit of New York Hospital, Westchester. I had just returned from waiting in line with the other patients during “morning meds.” My doctor entered my room to give me some sobering news on a subject that I knew all too well: “You have a form of serious clinical depression that has not responded to medications over the past several years. If this continues much longer you are headed for a state hospital.”

The notion of ending up in a state hospital gave me a sense of sheer terror – but then, my ten-year illness had destroyed everything I had once taken for granted in my life anyway. I was running out of time and knew my in-patient insurance benefits would be exhausted after this latest hospitalization. I was homeless, destitute and still hopelessly depressed, with nowhere else to go. “We’d like you to consider ECT (electroconvulsive therapy),” my doctor added. “It’s the only thing that hasn’t been tried to help you.”

“What are we waiting for?” I pleaded, “Let’s do it NOW!” I knew very well what ECT was. I had nothing to lose.

Looking back on the ten years of my illness, I kept wondering, “How could this have happened to me?” There were warning signs, but I did not heed them.

Sadly, during my early thirties my mother had lost a courageous three-year battle with cancer and my own personal life had been severely disrupted by a divorce and the separation from my then seven-year-old son David. Shortly thereafter, I began to experience symptoms of severe anxiety and panic – feelings of such terror and despair that I had never in my life felt before. The year was 1986. I was given a prescription for 100 Valium by a psychiatrist who had never seen me before.

Because I had spent years studying about mental illness in college and graduate school, the fact that this was happening to me was quite frightening and bewildering. I was completely at a loss about what to do about it. The Valium did nothing for my symptoms, and as the days passed, I had feelings of such hopelessness and depression that I thought I didn’t deserve to live. I took an overdose of the Valium and was brought to Saint Francis Hospital in Poughkeepsie, New York (renamed to MidHudson Regional Hospital) where I was living and working at the time. I was given a diagnosis of severe reactive depression, which is not uncommon following the death of a parent, a divorce, and the subsequent disruption to one’s emotional state. I stayed in the hospital for a few days and was sent home with some new medications.

At the time, I was employed as a fundraiser and I continued working with the conviction that this was simply a passing “blip” on the timeline of my life that would be over in short order. That “blip” lasted for ten years.

I was embarrassed and ashamed of my condition, which was an additional tragedy to endure on top of my illness. I was learning about the stigma towards people with mental illness firsthand, and I received a full dose of it from friends, family and employers alike.

I had no clue about how to care for my illness. Nobody seemed to have a handbook to give me with the proper directions to follow. With a quickly acquired dislike for their side-effects and an uninformed regard for staying on the myriad of medications that were being thrown at me every six months, I continued on a downward spiral, watching as my life was being destroyed before my eyes. Eventually, I was placed in outpatient treatment programs with only short periods of wellness checks and longer and more pronounced periods of devastating depression.

The Road to Recovery

Looking back, it was just before I entered the MSW program at NYU that I worked at New York Hospital in Westchester. Twenty years later, I was hopelessly ill and a patient at the very same hospital. While working there as a young psychiatric aide, one of our duties was to escort patients to the ECT lab and monitor their vital signs during the procedure. I had seen it work miracles on patients who were deemed hopeless in treatment.

I was now on the very same ECT lab table hoping the procedure would save my own life – how unbelievable and ironic. Thankfully, in my case, the full course of ECT treatments I received broke the chains of my depression and brought me back to life. Fortunately, I did not have any memory loss from my ECT.

Some months later with my depression lifting, I tried to make sense of my ten-year battle. I knew there were mistakes I (and others) had made in my care and treatment. I became angry that my life had been put in such peril and realized that I was lucky to be alive. My own lack of mental health education caused me to take chances with starting and stopping the medications I was being given during my illness. More disturbingly, the treatment teams that cared for me during my illness never made me aware of the other valuable and vital resources within the mental health community that had been available to me during my ten-year illness.

I was never told about the vital Mental Health Association (MHA) in the community, or that there was a group called NAMI (The National Alliance for Mental Illness) who could have provided education and support for family members. I was never told about drop-in centers and clubhouses run by people with mental illness to help others living with similar psychiatric illnesses. I would have truly benefited by knowing about these organizations and participating in their support programs.

Had the people who treated me over the years not been trained to understand the need for a community-wide approach to a person’s mental health recovery? Maybe I was just too valuable a commodity to them, and they were afraid they would lose me to another service provider? I hate to think that that might have been the reason.

Addressing an Unmet Need in the Community

In my recovery, I realized that there was a critical gap in the recovery model of our mental health system. At that time, there were no current and accessible journals of information and education for individuals and families that addressed the nature of mental illnesses, treatment options, coping strategies, community resources and support systems that could be regularly provided to those who need it most. Sadly, outside of the few hours a day that I and other patients were involved in treatment, nobody had found a way to reach us where we lived. It was sad to think that patients were spending most of their time in a lonely apartment where they were isolated and highly vulnerable, as I had been. In addition, most families were at a loss as to what to do and where to go for help for their loved ones.

I knew this was wrong and set out to change the way people learn about mental illness and our mental health community. I imagined that this lack of mental health education probably existed in communities near and far, and that the community would welcome a solution. I was right.

In 1999, motivated by my personal experience and a desire for something better, I set out to address this unmet need to improve the lives of consumers living with mental illness and their families. With the help of many wonderful and supportive leaders in the mental health community, I created a quarterly newspaper in 1999 called Mental Health News, which in 2013 became Behavioral Health News. Behavioral Health News serves as a source of information, education, advocacy and resources for the mental health and substance use communities, reaching out to people struggling with substance use disorders as well as mental illness. For over 20 years, Behavioral Health News has grown to be an award-winning publication in print and online with a readership of over 200,000 made up of individuals, families, treatment professionals, and service providers.

In the fall of 2008, we premiered a new publication called Autism Spectrum News to provide vital science-based information, education, advocacy and resources to the rapidly growing autism community. In the award-winning tradition of our organization, Autism Spectrum News has become a must-read for families, consumers, treatment professionals and service providers throughout the autism community with a readership of over 200,000 in print, online, and across social media channels.

My greatest joy came when my son, David Minot, joined me as my Associate Director (now Executive Director) and publisher of Autism Spectrum News. David grew up in the extremely difficult shadow of my ten-year battle with mental illness. To know that he now shares my vision to provide behavioral health and autism education to the community is truly a story of our survival, and provides hope to many people who are traveling the same difficult road that David and I traveled together so many years ago. 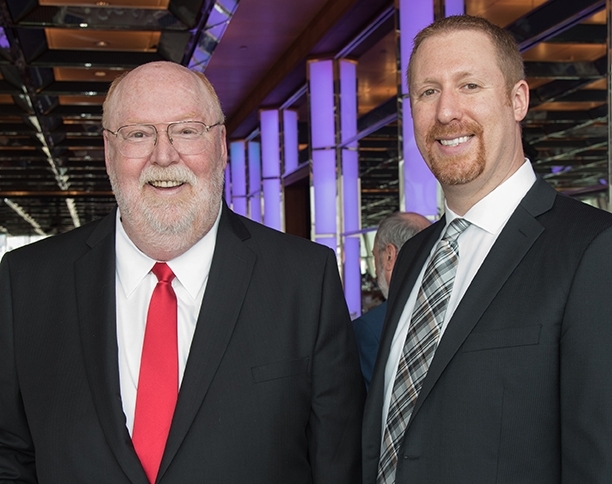 And me? I guess you could say that my life has gone from the depths of despair to a mission of advocacy. Incredibly, my life is fuller now than it ever was before my illness began. I take great pride in knowing that we are providing a means to help people find their way through the difficult maze of mental illness, substance use disorders and autism spectrum disorders, and that we are succeeding in our mission to improve lives through education.

Good luck in your recovery and always remember to never give up – no matter what difficulties you may face.