A Handshake that Inspired a Recovery: The History and Future of Mental Health News 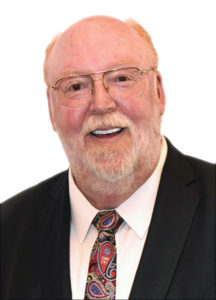 Let me tell you a true story about a simple handshake that saved the life of a young man from New York suffering with mental illness. The year was 1987 and he was 38 years old. He had always been a happy and productive person throughout his entire life. He had earned a master’s degree and worked for many years helping others by raising funds for charitable organizations. Suddenly he began to experience severe anxiety and depression. His mother had lost a heroic battle with cancer only a few months before, and he had just been separated from his 8-year-old son due to a recent divorce.

In a matter of weeks, he was in the throes of a most severe form of depression that would last 10 years. His illness caused him to endure such despair and hopelessness that he tried to end his own life on several occasions. He watched in horror as his life slipped away from him and was further tormented knowing that his young son—the love of his life—was growing up under the shadow of his illness. In the end, he was left homeless and destitute. During his last inpatient hospitalization before his health insurance ended, he was offered Electroconvulsive Therapy (ECT) as a last chance to save him from being sent to a nearby state hospital. Fortunately, in his case, the ECT worked and over the coming months he felt the dark curtain of his depression lifting.

It was now 1997 and he was living in supportive housing and attending a nearby consumer-run drop-in-center to help him find the direction he so badly needed to recover and regain his place in the community. One day while at the drop-in center, the center’s founder was giving a tour of the facility to a supporter who happened to be one of the most respected bankers in the county. Seeing the two men dressed in business suits walking through the center reminded him of how he used to dress and collaborate on fundraising projects with community leaders. He became nervous when the director and banker came over to where he was sitting.

The banker smiled at him, shook his hand, patted him on the shoulder, and told him, “Keep up the good work.” They sat down and the banker listened with interest as the man told him about his battle with depression and how much he was being helped at the drop-in-center.

For many years after that day, the man in recovery often referred to that kind banker and his reassuring handshake. “It made me feel like things were going to be OK and I would finally get well again.” You see, that man was ME.

Because that banker treated me with such respect, I was able to remember what “normal” used to feel like. He didn’t make me feel the stigma of my illness that I had felt for so many years from friends, and family. It was a good feeling that changed my life in many ways and was a turning point in my life.

The History of Mental Health News

In many ways I credit that handshake at the drop-in-center with inspiring my recovery. My depression was lifting following my ECT, I continued to attend outpatient treatment, but I was at a complete loss as to what I would do with my life now that I was getting better. It became apparent to me that I would have to start my life all over again.

I often believe that things happen for a reason. I have no other explanation for how and why I had the idea to start this newspaper. I only knew that I wanted to create something that would help others find their way back from the shadows of mental illness. I was filled with the memory that outside of the few hours a week I attended treatment, I was isolated and alone in my tiny supported housing apartment. No one was reaching out to me where I lived, to give me hope and bring me out of the shadows and into the community.

Because of this, I wanted to provide a roadmap of mental health services in the community for people with mental illness and their families. In addition, the newspaper would include articles from leaders in the field of mental health, from consumers and family members, and from service providers about how they were helping people and saving lives each and every day. That idea broadened to include articles that would report on the latest innovations and advances in mental health research and evidence-based treatments. I insisted there be a message of hope in every issue. Articles would explain that mental illness isn’t anyone’s fault, that people can recover, and that we all must advocate for the elimination of stigma and for increased funding of mental health services in the community.

Finally, the newspaper had to be readily available to everyone. I would distribute bundles of the newspaper to hospitals, clinics, consumer-run programs, and college campuses. We would have a website where anyone could read it for free!

Over the next two years and with the assistance of many people, I learned how to develop a business plan, the basics of publishing layout and design, and met with over 100 leaders within the metro-NY mental health community. I told the story of my illness to each of them and how I wanted to help others walking the same path. I would call the publication Mental Health News.

The mental health organizations I had met with saw the need for the project, believed in me, and pledged to submit an article and advertise their programs and services in the newspaper—even though the first issue had not even been published. In the fall of 1999, the first quarterly issue of Mental Health News was published.

Several mental health leaders who had helped me launch the project thought that Mental Health News needed to take the next step and become a nonprofit organization. In 2001 we were granted our nonprofit status under the name Mental Health News Education, Inc. (MHNE) and we were officially registered with the NYS Charities Bureau. We were now eligible to raise funds for our organization and expand our mission to provide thousands of free newspapers to people with mental illness throughout New York State and beyond.

During the early years of the publication, I was often invited to speak to community groups. Mental Health News received awards from: The NYS Office of Mental Health, The Coalition of Behavioral Health Agencies, The American Association for Psychosocial Rehabilitation, The Association of Hispanic Mental Health Professionals, The National Alliance for Mental Illness of NY State, The Center for Career Freedom, Search for Change, and Silver Hill Hospital. This was quite an achievement for me since for so many years I had been embarrassed and ashamed of my illness and how my life had turned out.

However, my greatest reward came when my son David (then in college) began to read Mental Health News. He told me that in watching me rebuild my life while creating the newspaper and reading the articles of hope and inspiration, he now understood that my illness wasn’t my fault or his fault. During the years I struggled with depression, David grew up with the pain of seeing his father suffer as any child in a similar situation would. I knew that had to be so hard on him when he was just a youngster who could not fully understand the hopelessness and despair his father was exhibiting for so many years. I knew he would carry emotional scars from this and perhaps believe he was to blame for my condition. It brought tears to my eyes when he told me that he now understood—thanks to Mental Health News.

Inspired by our mission of providing vital community education, David joined MHNE in 2007 to launch and publish Autism Spectrum News. With guidance from some of the nation’s leading minds in the field of autism and leaders of many of the northeast’s most respected autism organizations, Autism Spectrum News premiered in the fall of 2008. It quickly set a new standard for science and evidence-based community education. Autism Spectrum News provides readers with a trusted source of educational articles and a roadmap to community resources and has become a “must read” and vital resource for families with children on the spectrum as well as for the treatment professionals and service providers that care for them.

Today, both Mental Health News and Autism Spectrum News each reach over 160,000 consumers, families, treatment professionals, service providers, educators, and decision makers in New York State and across the nation.

Today’s changing times demand a changing format. For over twelve years, Mental Health News has been the community’s trusted source of news, education and resources from the world of mental health. However, as times are changing, healthcare reform and service integration are pointing us in a new direction, and Behavioral Health News would respond to this need. We are working with leaders from the mental health and substance use communities to bring you the very latest news, clinical best practices, advocacy, and resources in the tradition of our award-winning format. In addition to behavioral health, we will cover key issues in the integration of primary care and behavioral health services.

The creation of Health Homes highlights the challenge and promise of integrated mental health, substance use, and primary healthcare. As the healthcare system moves toward integrated managed care, these issues will need to be addressed on a regular basis. In each issue of Behavioral Health News, these and other practice and policy issues will be addressed by leaders from the field. Behavioral Health News will keep all stakeholders informed and prepared for the upcoming January 1, 2014 rollout of integrated managed care in New York State and beyond.

We are now in the process of seeking the funding required to help us meet the challenge of reaching out to a significantly expanded readership—the substance use disorder/chemical dependency community of New York State and beyond.

If you would like to participate in our project, email me at iraminot@mhnews.org, call me at (570) 629-5960, or fill out the form across on page 5. With your help I know we will succeed.

ECT remains a controversial topic within medicine and psychiatry, raising concerns about ethics and the right to effective treatment, the historical record of its clinical efficacy, the research with children, […]

Recovering the Person in Treatment

Person-centered recovery could well be reframed as recovering the person; for isn’t that what treatment is ultimately about? At Wellspring, a multi-service mental health agency in Bethlehem, Connecticut, we base […]

Skepticism, not cynicism, will be in order during the coming year as New York State’s efforts to place all of its Medicaid enrollees, including those with serious and persistent mental […]

Finding the Right Tools for the Job

As a provider of mental health services, offering a person-centered approach to recovery calls clinicians to not only be flexible, but also objective in order to systematically address the needs […]

Every person needs to be touched, supported and nurtured by the environment in which they live in order to grow. The earth’s immense force of gravity, whether physical or psychological, […]