Zero Suicide in the United States

We have started to finally recognize and respond to the serious public health concerns about suicide in the United States. The “Zero Suicide” (ZS) initiative was developed to provide a systemic approach to the prevention of suicide (Laboullere, et al., 2018). In 2010 the National Action Alliance for Suicide Prevention (NAASP) created the aspirational goal of “Zero Suicides” with a primary focus on prevention. We came to recognize the importance of bridging the gap between science and routine clinical practice. The field developed standardized metrics (Posner, et al., 2011) in response to suicide as a tremendous public health issue. We finally are utilizing evidence-based suicide prevention practices to improve clinical care (Brodsky, et al., 2018). This impressive 10-year review of suicide prevention research is now informing the ways in which mental health professionals approach and treat patients. 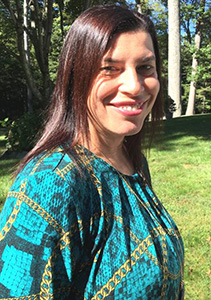 ZS is based on a model of challenging our false assumptions about our behavioral health system’s neglect of suicidal patients. The fundamental organizing principle of ZS is that suicide is preventable. The science of improving suicide risk assessment speaks for itself. This is quite different from Coleridge (1817), who is best known for ushering in the Romantic age of poetry in England and calling for “That willing suspension of disbelief for the moment, which constitutes poetic faith.” ZS is not about making fantastical events believable. Implementing ZS in “real-world” clinical settings continues to inform the field on how to use empirically supported care for preventing suicide in outpatient behavioral health systems. Worldwide suicidality experts (U.S. DHHS, 2012) have confirmed the need for prevention.

The World Health Organization has reported that more than 800,000 people die by suicide annually (WHO, 2017). The Center for Disease Control and Prevention reported that in 2016 alone, nearly 45,000 Americans died by suicide. Suicide rates are 22% higher in the United States than global averages (CDCP, 2017). The Zero suicide website (SPRC, 2017) states that the public health crisis is occurring now, because the American healthcare system is fragmented. Millions of people continue to struggle to access affordable healthcare (American College of Emergency Physicians, 2017).

The national strategy for suicide prevention has identified three key reasons why we have experienced significant treatment failure: 1) detection of suicide risk is inadequate; 2) evidence-based suicide-specific interventions are not deployed; and 3) intensity of care is not increased during high risk periods (U.S. DHHS, 2012). We have found that 20-80% of those that suicided in the US have accessed clinical care in the year prior to death (Ahmedani et al., 2014). In addition, nearly 50% of those that suicided had accessed care within 30 days of dying (Ilgen, et al., 2012)

Although preliminary, it is exciting that 25 studies have had over than 70% reductions in suicide in the year after utilizing ZS interventions (Hampton, 2010; Centerstone, 2016). ZS offers seven elements to implement effective suicide care.

There are three implementation elements:

These elements emphasize the necessity for everyone in the system to receive excellent suicide risk training and also learn the most effective strategies for interacting with a suicidal population. In addition, data collection creates additional assessment of progress and informing necessary revisions.

The four clinical elements include:

As of April, 1 2017, 177 mental health clinics have elected to participate in the implementation of the ZS model (Labouliere, et al., 2018). The National Institute of Mental Health (NIMH) has funded grants evaluating the efficacy of the ZS model. This is the most significant implementation and evaluation of ZS that has yet to be conducted. This essential work serves as a continuous quality improvement project undertaken by the NYS Office of Mental Health Bureau of Evidence-Based Services, with funding from NIMH to test and evaluate implementation strategies.

NYS has served as a test system for outpatient ZS research. New York was chosen because it is representative of standard outpatient care across the United States. Few outpatient behavioral health clinics have established systematic protocols for identifying, treating, and monitoring patients at elevated suicide risk. There is also no universal protocol for documenting and sharing information across treatment settings (NYS Office of Suicide Prevention, 2016).

All of the participating clinics are implementing the operationalization of ZS procedures. AIM-SP is structured to provide basic care, including universal screening and comprehensive risk assessment regularly, as well as engaging high-risk patients with individualized care and increased contact with their outpatient behavioral health team.

Suicide-specific psychosocial treatment (CBT and DBT) as well as following the APA practice guidelines for suicide are used to incorporate identifying risk and protective factors. There is a careful review of demographics, psychiatric family history, diagnosis, trauma and protective factors to target precipitants that self-harm. The goal continues to be preventing post-therapy attempts and real attempts, decreasing hospitalization and decreasing emergency department visits.

We are seeing important micro and macro level changes that are inspiring and our feelings of hope are increasing moving forward. David Covington along with Dr. Michael Hogan, former NYS Commissioner of the Office of Mental Health (OMH), developed the Zero Suicide Initiative. Covington, et al., 2019 has described ZS as the dogged pursuit of perfection in healthcare leading to remarkable success at reducing the number of lives lost to suicide in health care systems.

Rachel W. Bush, PhD, is Assistant Professor of Psychiatry and Behavioral Sciences at New York Medical College. John I. Gerson, PhD, is a Licensed Clinical Psychologist with a private practice in Katonah, NY.