In contrast to today’s social media saturation, the burgeoning technology of the mid-2,000s was a time of comparative innocence. Similarly, candid conversations around mental health were virtually non-existent. Fewer than five years out of college, I’d recently been forced to resign from my journalism position after years of subtle but increasingly unmistakable difficulties: inconsistent performance, frequent absences and tardiness, and at times erratic behavior. 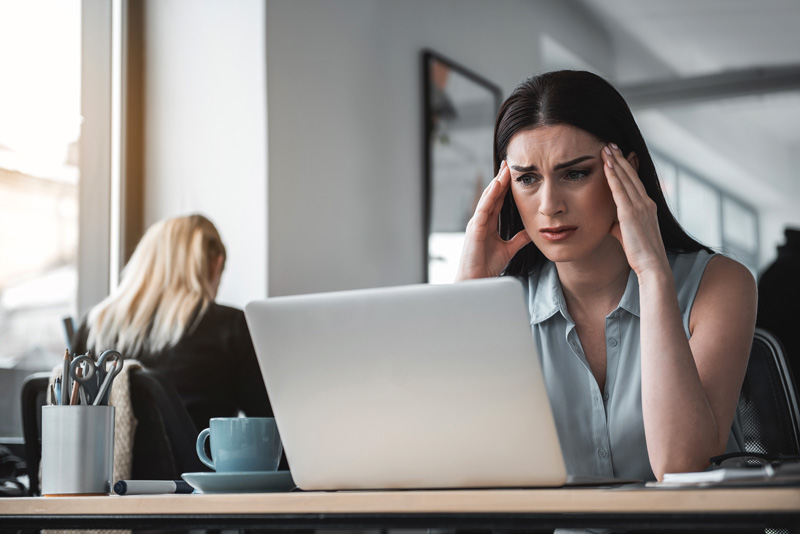 The high-octane grit of the newsroom was daunting. It’s stereotypical for reporters to drink ample coffee to sustain the energy needed to meet tight deadlines and endure hours-long evening meetings. But after downing my fifth cup, the high of writing a half-dozen stories in a few hours often wore into an exhaustion so draining it felt as if all my energy had gushed out of my body at once, like air from a popped balloon. I was prone to leaving evening meetings early out of sheer fatigue. My relationships with my colleagues were also deteriorating.

Well into my tenure, my boss asked me to provide a note from a doctor stating I was fit to work. According to the Americans with Disabilities Act (ADA), a medical exam revealing a “psychiatric disability” can only lead to a job offer being rescinded if “the person [wasn’t] able to do the essential functions of the job without an accommodation and [couldn’t] be reasonably accommodated, or [if] the disability [posed] a real safety issue.” (In my situation, of course, I’d already been employed at length, but I surmise the essence is similar today.) In response to my boss’s request, I smiled, eager to appear both nonchalant and cooperative. “Absolutely,” I said.

My psychiatrist wrote that while I had bipolar disorder, I was in treatment and capable of maintaining my position. The diagnosis was a surprise; for years I’d been diagnosed with depression and was only taking antidepressants. It should be noted that my psychiatrist and I never discussed changing medications at that time, nor explored potential work accommodations, an ADA-granted right I wasn’t familiar with then. Not long after I submitted the note, my boss asked me to resign. I blamed the experience on my own shortcomings and flummoxed employer, unable to fathom the larger systemic conditions at play. Now I realize the experience was also indicative of the deep stigma and discrimination surrounding mental health disclosure in the workplace.

When a recruiter contacted me about an airline role a few months later, I was eager to tackle something radically different. Though my new job was engaging, there was a catch: staff worked twelve-hour shifts, including overnights. We typically rotated on a monthly basis: one month working days (11 am to 11pm), the next month working nights (11pm to 11 am).

Not long after the new job started, I began dating someone who seemed emblematic of my improved life. On the surface, he was easygoing and unflappable. He also had a dedicated work ethic. In other words, he was everything I aspired to become. Best of all, though, he seemed to genuinely value my opinions, ideas, and outlook.

As our relationship progressed, my moods became more unpredictable. A perceived offense, however minor, could send me into a tailspin of anxiety or rage. I once described my reaction to any slight like this: imagine someone pricking your arm with the tip of a knife. To me, that prick could feel like a machete hacking to the bone.

“I never know what kind of mood you’re going to be in when I pick up the phone,” my boyfriend said months later in the middle of our crushing, perhaps inevitable break up, with a wistfulness that sucked my breath away. My lability was no longer something I could dismiss as a quirk. It was now an urgent problem to solve.

For a long time, I believed having bipolar disorder meant meeting every benchmark. A frequently cited example was spending money in excess or traveling on impulse; neither described my behavior. I now understand the spectrum of many health conditions, including my diagnosis, bipolar II, which is characterized, in part, by hypomanic periods that never reach full mania. I changed psychiatrists and reconnected with a therapist I’d seen intermittently for years, immersing myself in the work necessary to process the grief of my breakup and recover a fractured sense of self.

By then I was struggling more at work. My psychiatrist recommended I work strictly day shifts. When I shared this information with my supervisor, they sat back and asked, “What is bipolar disorder?” I’d never anticipated they’d be unfamiliar with the condition itself. They were, however, empathic. I was offered a role in the records office with standard office hours.

The journey toward finding an effective combination of medications was frustrating and uncertain, but close to a year following my breakup, I had a successful treatment plan. I also found a better fit back in journalism. Though my symptoms became less severe, the familiar challenge of uneven performance persisted. Over the next four years, I changed employers three times.

I landed my current role in healthcare communications after a short lay off. For the first time, my leaders are mentors. My supervisor is a frank and nurturing person whose humor and authenticity has been a welcome shift from previous experiences. Before the pandemic, our team was allowed to work from home up to twice a week. Today our remote environment is permanent.

For me, remote work is a good fit. In addition to saving the time and energy once spent on a two-hour roundtrip commute, I’m able to counter my periodic insomnia by sleeping later in the morning. These additional hours can make the crucial difference between an average day and one riddled with episodes. While I sometimes contend with a boisterous cat and the distraction of home life, my current schedule has generally lowered my stress and increased my productivity.

When I disclosed my condition to my boss after a high-volume period at work, there was, gratefully, no wrinkled brow of concern. Instead, my boss asked if there was anything I needed. “Nothing,” I said. My boss’s fair, respectful and compassionate treatment – as well as their familiarity with basic mental health issues – was sufficient.

While stigma against mental health conditions has been reduced through bolder dialogue in recent years, there are still challenges. As a white woman of privilege, I’m lucky to have the financial means and cultural acceptance that allows me to access quality mental health treatment, including an expensive out-of-network psychiatrist. A major problem surrounding mental health care is equity, especially in underprivileged black and brown communities.

It’s also reasonable to consider that traditional accommodation may not always be possible within certain industries and roles. This makes the case for even more transparent conversations around mental health treatment, which can help a person living with a mental health condition make more informed choices. Ultimately, this can empower them to thrive – meaningfully and on their own terms. 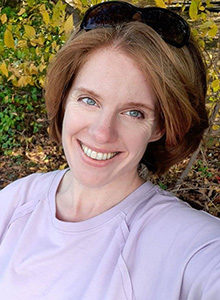 The views expressed in this article are those of the author and do not represent her employer’s view in any way.

From the Desk of Dr. Max, WellLife Network: Stigma and Mental Illness

Stigma continues to be an obstacle for many individuals struggling with emotional health challenges. Seeking help for these challenges is additionally made more difficult with the limited quality of best […]