While COVID-19 information dominates the news cycles, another epidemic lurks in the shadows – suicide. Death by suicide is a shocking and disturbing event, increasing in number despite nationwide efforts and attention. While humans are the only species known to take their own life, there is growing consensus that suicide death can be prevented and multiple organizations, foundations, government entities at local, state and national levels are teaming up to do so. 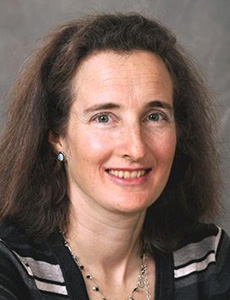 One hundred thirty-two people in the United States die by suicide every day and approximately one every 11.3 minutes, totaling over 48,344 suicide deaths in 2018, the last year for which statistics are available (American Foundation for Suicide Prevention/Centers for Disease Control and Prevention (CDC) Data & Statistics Fatal Injury Report for 2018). The number of suicide deaths has been rising over the past decade. From 2005 to 2017, there was a 43.6% increase in the number of suicide deaths (Department of Veterans Affairs, 2019) propelling suicide into the list of top ten causes of death, just behind influenza/pneumonia, diabetes and kidney disease (CDC, 2019). An important subgroup at particularly high risk is Veterans.

Although the 20 million U.S. Veterans comprise only 7.9% of the U.S. population, they account for approximately 13.5% of all suicide deaths among individuals (Department of Veterans Affairs, 2019). Moreover, the Veteran suicide rate was 1.5 times that of non-Veteran adults even after adjusting for age and sex (Department of Veterans Affairs, 2019). In stark contrast to civilian suicide death rates which are highest in individuals 45-65, younger Veterans aged 18-29 are most impacted. However, suicide counts are greatest for Vietnam-era Veterans. Female Veterans too are showing concerning increases in suicide death rates that greatly outstrip their civilian counterparts. New York is not immune as 136 Veterans died by suicide in 2017 with the rate doubling between 2005 and 2017 for Veterans between the ages of 18 and 34 (NY Health Foundation, 2020). Elevated Veteran suicide death is best understood due to several factors including combat exposure, heightened levels of post-traumatic stress disorder, difficulties with readjustment to civilian life and access to lethal means, in particular firearms. Suicide death by guns is particularly relevant for Veterans, as guns account for 71% of Veteran suicide deaths, and guns at home triple the risk of suicide death (Department of Veterans Affairs, 2019). In New York State, 46% of all Veteran suicides were by firearms, underscoring the importance of addressing gun safety in Veteran (and civilian) suicide prevention efforts. Additional factors that convey suicide risk in Veterans include homelessness, involvement with the penal system, economic stressors including unemployment and poverty, co-morbid medical and psychiatric conditions (particularly those that involve pain), and gaps in social connection.

Complicating Veteran suicide prevention efforts is the fact that approximately 70% of Veterans do not use Veterans Health Administration (VHA) services, and over 60% of Veteran suicide deaths occur among those who have not received VHA services within the past 2 years (VA, 2019). The Veterans Choice Act and now the MISSION Act have increased the opportunity for Veterans to seek care from providers in the community based upon certain criteria. Therefore, enlisting our colleagues in non-VA settings is critical to reducing Veteran suicide as the VA alone cannot solve this problem and building community partnerships is now a top priority.

While community partners and clinicians outside of the VA system see the majority of Veterans, a recent RAND study (Tanielian, et al. 2018) found that only about 2 percent of New York State community physicians and other health care providers are prepared to provide quality care to Veterans. The other 98% were ill equipped on many of the seven measures of readiness; most notably familiarity with the military culture and performing routine screens for conditions common among Veterans. These data underscore the need for provider training in these areas.

Asking your Patient – are you a Veteran? Many civilian providers are not aware of Veteran status for their patients because many intake forms do not request this information. This is easily fixed by asking each patient whether they ever served in the military.

Once this information is gleaned, further interview questions pertaining to combat exposure, military sexual trauma and other trauma exposures, discharge status, current gun possession, and any service-related injuries can be discussed. Pay particular attention to aspects of the patient interview pertaining to combat exposure, drug and alcohol use, firearm access, readjustment difficulties and fear of stigma for seeking help; health and pain problems; all of which heighten suicide risk. Protective factors include supportive families, Veteran peer support, appropriate storage and management of weaponry, engagement in treatment for war related PTSD or Depressive illnesses.

NYSPA’s VMH-PCTI also worked with subject matter experts to develop two additional presentations: (i) a one hour presentation on military culture developed by Joe Geraci, PhD and retired US Army Lieutenant Colonel, a widely recognized authority in the State and nation on military cultural competency and Veteran identity and (ii) a one hour presentation on women Veterans developed by Meaghan Mobbs, M.A., West Point graduate, Afghanistan Veteran, former Army Captain and current Clinical Psychology Pre-Doctoral Fellow. Both virtual presentations are CME-accredited and will be recorded and made available on the NYSPA website in the Fall 2020.

NYSPA’s VMH-PCTI presentations, originally designed as one hour in-person trainings, have been presented at teaching hospitals and other educational settings as well as off-campus venues. These virtual presentations and recordings are ongoing, while NYSPA will resume in person presentations when federal and state guidance indicates it is safe in light of the COVID-19 pandemic. In addition, NYSPA partnered with the Medical Society of the State of New York and the New York Chapter of the National Association of Social Workers to host several VMH-PCTI conferences consisting of dozens of presentations for community mental health providers as well as primary care specialists. The VMH-PCTI is made possible by grants from the New York State Legislature and is administered through the New York State Office of Mental Health. The VMH-PCTI is an important component in addressing a recommendation of Governor Cuomo’s Suicide Prevention Task Force and its 2019 report that call on State agencies to “ … coordinate to develop a curriculum for healthcare workers to increase their understanding of the unique needs of the Veteran population.”

The VA launched general programs and services to prevent Veteran suicide that include the provision of Suicide Prevention Coordinators at each VHA facility to monitor at-risk patients, development of a suicide hotline specifically for Veterans, design and implementation of a medical records-based algorithm to identify high risk Veterans and extensive suicide prevention research portfolio (see the 2019 National Veteran Suicide Prevention Annual Report, pp. 28-29, for a comprehensive list). These efforts produced significant improvements in the care and treatment of high-risk Veterans and decrements in the suicide rate of Veterans who seek VA care.

Prompted by escalating suicide rates in Veterans, recent legislative action at the federal level includes the passage of the Clay Hunt Suicide Prevention for American Veterans Act (2015) and ‘President’s Roadmap to Empower Veterans and End the National Tragedy of Suicide’ (PREVENTS) task force charged with focusing on community engagement strategies (Executive Order 13861, 2019). This order encourages federal government, academia, employers, members of faith-based and other community, nongovernmental, and non-profit organizations and the Veteran community to all work together to develop a strategy that will truly impact the current epidemic faced by Veterans. Funding opportunities are still in development and will hopefully be announced later in 2020.

Additionally, the Mayor’s Challenge to Prevent Suicide Among Service Members, Veterans, and their Families run by the Substance Abuse and Mental Health Services Administration (SAMHSA) and the VA provided 24 cities across the nation, information, resources and support for addressing Veteran suicide at the local and community level. This evolved into the Governor’s Challenge, launched in February 2019 in seven states. New York State participated in the second round of the Governor’s Challenge and is in the process of building its proposal. Elements will include projects to help better identify at-risk Veterans, programming targeting Veterans upon leaving military service and projects aimed at gun safety and lethal means safety trainings for clinicians, family and others who interface with Veterans.

Expand Your Use of Lethal Means Safety

One of the best ways to reduce suicide rates is to more effectively implement lethal means safety techniques and strategies. As firearms is associated with over 70% of Veteran deaths, asking patients about gun ownership, gun access and storage, use of gun locks, plus involving loved ones in the discussion if necessary, can be life-saving. Consider additional training by taking a “Counseling on Access to Lethal Means” (CALM); a two hour workshop accessible at www.sprc.org.

With the impressive increase of collaborative efforts, fostering of community partnerships, education efforts across the population and public messaging campaigns raising awareness about Veteran suicide, we can make a difference.