The year 2020 refocused our attention on the social determinants of mental health. From structural racism to economic insecurity to healthcare disparities, people have become acutely aware of the insidious discrimination and losses that vulnerable individuals and communities have suffered. Rates of death from COVID are higher in Black, LatinX, and Native American individuals. In certain communities, rates of drug use, suicide, police violence, domestic violence and child abuse have risen from rates that were already intolerable. Again and again, we see that in the United States of America, “Liberty and justice for all” may not ring true. 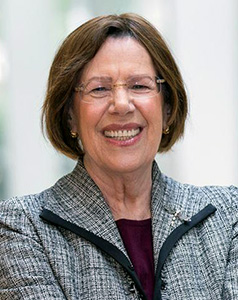 In October 2020 the American Psychiatric Association conducted a mental health poll covering the period of March to September of over 1000 people in the general public. The results were predictable. The number of people complaining of anxiety and depression was increased by 62% compared with October 2019. There was also a 14% increase in alcohol use.

Racial, gender, religious and socio-economic minorities in the United States experience higher rates of morbidity and mortality, greater severity and progression of disease, and higher levels of impairment. Repeatedly, identity is found to be an important determinant of these health inequities. Individual discrimination functions as a psychological stressor that triggers physiologic, psychological, and behavioral responses. These determinants ultimately have mental and physical consequences. Repeated daily indignities, such as being treated with less respect and less civility than others or receiving poorer service in public places, accumulate over time, resulting in demonstrated disparities. Black infants are 3 times more likely to be born prematurely or with low birth weights. Because more than half of Black individuals report such traumatic experiences in multiple sectors of daily life, and 81 percent of women report some form of sexual harassment racism and sexism must be major public health concerns. These also signify contributions to stigma.

In addition to racism, sexism plays a large role. Generally, minority or underrepresented groups are potentially subjected to discrimination, such as LGBTQIA+ individuals. Individuals with mental illness are subjected to stigma, something that confers an inherent decrease in human rights. Populations such as women, made to feel vulnerable, may not be in the minority but are underrepresented. In most institutions such as government, religion, business and academics, women account for 4% to 20% of leadership positions. Unequal pay, disparate work conditions, and inequitable home responsibility result in long-term poor mental health for women.

Poverty also may have a lasting impact on mental health. Because of the impact on housing, education, community violence, social isolation, despair and disconnectedness, poverty affects individuals and communities in multiple areas of development. These factors subsequently result in increased experiences of trauma, abuse and neglect. Survivors and witnesses, especially children, often deal with life-long traumatic disorders from these experiences.

According to Johns Hopkins University data collections there have been over 800 people killed by police in the US, more likely Black men. Furthermore, the Hopkins data revealed that 1 out of every 5 people killed had an identified mental illness. Some recent efforts are planned in New York City. A pilot project will create trained mental health teams to respond to psychiatric emergencies rather than police.

New strategies are needed to eliminate the historical arc of racial and gender oppression embedded in health care. It must be widely acknowledged that bias can impact the clinical encounter. Recently suggested approaches, such as training, must be implemented into clinical care to reduce the harm done by racism and sexism, and could serve as a template in healthcare as well as other sectors, such as education and law enforcement.

Discrimination is also demonstrable in the area of criminal justice and mass incarceration. According to the US Bureau of Justice Statistics, Black and Hispanic males account for 68% of the male prison population. There is renewed exploration of the effect of neighborhoods, housing, segregated schools and their contribution to experienced and witnessed violence and fatalities. Some neighborhoods have very high percentages of residents who were traumatized as children, referred to as adverse childhood experiences (ACEs). These trans-generational civilian traumas, that become part of cultural history, are cumulative if not treated with trauma informed interventions and therapy.

The American Psychiatric Association is addressing these overlapping and enveloping issues. Using its substantial resources, the APA is developing policies, guidance documents, task forces, working groups, government and media relations. The APA Task Force on Structural Racism is an example of such an initiative. The task force has conducted surveys of psychiatrists to raise awareness of institutional racism within psychiatry. The APA has also produced webinars on disaster relief, mental health, discrimination, and physician burnout.

Psychiatry and general medicine haven’t always recognized the harm discrimination causes, and in some cases has made it worse—whether through complicity, silence, unequal clinical care or biased research. Other parts of the mental health system aren’t immune to these issues, and the American Psychiatric Association is currently collaborating with their professional counterparts to take on the social determinants of mental health systemically. If all of our communities work together there will be progress and trust in our systems will be justified.

Vivian B. Pender, MD, is President-Elect of the American Psychiatric Association. For more information, visit www.nyspsych.org.

Mental Health News Education, Inc. (MHNE), publisher of Behavioral Health News is pleased to announce that Jonathan P. Edwards, a MHNE Board Member since 2012, received his Doctor of Philosophy […]

The Loneliness Epidemic and its Consequences

Former Surgeon General Dr. Vivek H. Murthy described loneliness as an epidemic long before the Coronavirus emerged and disrupted relationships in ways we might never have imagined (McGregor, 2017). Despite […]

The Detrimental Health Impact of Unemployment

Employment has the potential to contribute to positive health outcomes for people with serious mental illnesses; however, its analog, long-term unemployment, is a social determinant that has not been consistently […]

View The Archives to Find Vital Mental Health and Substance Use Disorder Information, Support, and Resources

An Opportunity to Reach a Targeted Readership of Over 160,000