New York is a geographically, politically, and culturally diverse state, with nearly 700 school districts serving more than 2.7 million students. Large or small, urban or rural, wealthy or poor, suicide and serious suicidal behavior is a growing concern. Although New York has one of the lowest rates of suicide in the nation, we still lose between 70 and 80 youth to suicide every year, and according to a report released this month by the Centers for Disease Control and Prevention, the state’s suicide rate increased 44 percent from 2007 to 2018 for youth ages 10 to 24. In 2018, more than 1,400 youth ages 10 to 17 were hospitalized for self-harming behaviors and over 4,500 were seen in emergency departments according to the New York State Department of Health. 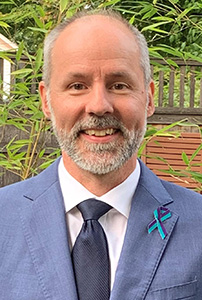 Though these statistics are concerning, there is good reason for hope. Sound prevention works, and our school communities across New York State are resilient, capable, and well positioned to prevent suicide and promote mental wellbeing. Regardless of size and resources, impactful suicide prevention is obtainable for all schools.

The New York State Office of Mental Health (OMH) and partners have supported schools in urban, suburban, and rural areas across the state to ensure they are equipped to meet the mental health needs of their student bodies. OMH’s Children and Families Division oversees school-based mental health clinics and has made improving student access to mental health services a priority, especially when community services are limited. Over the last several years the number of these clinics has doubled to nearly 900, with plans for further expansion. OMH’s Suicide Prevention Office and its public health affiliate, the Suicide Prevention Center of New York (SPCNY), have worked to develop and provide education, resources, needs assessments, consultation, and training to school districts across the state, encompassing resources and best practices into a comprehensive Guide for Suicide Prevention in New York State Schools.

The essential elements of successful school prevention are district and school leadership, community partnerships, and access to and utilization of training and technical assistance. This article provides three disparate examples– from New York City Schools, Town of Webb School District, and North Syracuse Central School District – of these elements at work, including OMH/SPCNY support within demographically, culturally, and geographically diverse student and community populations.

New York City Schools: Training school staff in suicide prevention is essential but can be a daunting task for the largest school system in the nation. For several years, SPCNY has worked with the Office of School Health within the New York City Department of Health and Mental Health to ensure all school nurses receive suicide awareness training that includes instruction on the Columbia Suicide Severity Rating Scale (CSSRS) through the Screening The At Risk Student (STARS) program. More recently, twenty individuals were trained and certified as suicide prevention instructors who, in turn, reached more than 1,300 New York City school professionals with suicide prevention programming last year. This year SPCNY will continue to assist in training for a wide array of New York City school staff, including each of the nearly 1,800 suicide prevention liaisons at every school, borough and citywide crisis managers, and ~65 senior school response clinicians who support schools in de-escalation, crisis response, and suicide prevention.

Town of Webb: While the New York City School system is the largest in the nation and serves more than 1 million students, Town of Webb School District serves 270 students grades K-12, and 2,000 year-round residents. Located in the central Adirondack region in Old Forge, NY, outdoor sports – including hiking, hunting and snowmobiling – attract tourists who swell the population in the winter and account for high numbers of accidents and fatalities. Most residents are committed to helping visitors and their fellow residents alike, having a police scanner in their homes to aid them as volunteer firefighters, emergency medical technicians, and members of search and rescue teams.

The winter of 2014-15 brought 10 losses including the school’s athletic director who died in a skiing accident, the discovery of an alumnus who died in a snowmobile accident by five students during their walk to school, a father in the district who killed himself after struggling with financial difficulties, and a high school student who killed himself over the Thanksgiving holiday. On the first day of school the following year, a recent alumnus died by suicide in a public place. Town of Webb administration reached out for support, contacting neighboring districts, Herkimer Catholic Charities, three local churches, and police and holding parent, student, and faculty meetings. Through this outreach, they found high levels of need, old traumas revived by new traumas, a lack of mental health services with difficulty recruiting and retaining staff, and a general lack of access to medical care.

To address the overall grief from this series of losses, grief support services were provided by Catholic Charities and clergy from three local churches with assistance from other districts in the region. The district also brought in substitute teachers to have on hand so that teachers could take a break and get emotional support if needed. During the parent meeting, Principal Swick remembers looking out and seeing the distress and concern on their faces. He remembers telling parents, “Look, we don’t have answers for this, but we’re going to work with you as best we can and together, we’ll get this figured out.” Little did he know then how the commitment made that night would fundamentally change the school’s role in safeguarding the resilience, mental health, and well-being of its community.

Understanding that suicide prevention is a whole community effort and not the responsibility of one organization or one person within an organization, the Herkimer Suicide Prevention Coalition was formed with the assistance of Herkimer Catholic Charities and SPCNY and hosted by the Utica Neighborhood Center. Although it would take a half day to make the long commute to meetings, Superintendent Germer made a commitment to participate in the coalition, making the trip whenever possible. Participation in the coalition reduced the sense of isolation, connecting the school to a larger network of concerned leaders and state and regional resources. Question, Persuade, Refer (QPR) training was also provided at the school, offering participants practical steps to take when concerned that someone in the school community may be at risk for suicide. Principal Swick reflected, “I remember feeling that at least now I know something I can do.”

As in many rural communities, Town of Webb recognized how hard it is to recruit and retain mental health professionals and how, for many students, mental health services were one to two hours away, making them nearly inaccessible to many families. With help from OMH and the Neighborhood Center of Utica, a satellite clinic was established on-site at school, offering mental health services not only for students but for adults in the community as well. In the past few years, services have been expanded to include childcare, early childhood education, and after school programming.

While these efforts began in response to a series of tragic deaths, the Town of Webb School District administration has committed to building on the strengths of the community in the form of upstream prevention. Sources of Strength – an evidence-based suicide prevention program that uses the power of peer leaders and trusted adults to spread messages of hope, help, and strength – is starting its fourth year in the district this fall. Just before school shut down this past spring, the Sources of Strength team from the University of Rochester sponsored a Point Break workshop for students. “Kids engaged in expressions of gratitude. They apologized to each other. When we were forced to close our building, we left with a common sense of connection. It was very impactful,” said Principal Swick. The district also drew upon an abundance of nature to build a new outdoor playground and begin a tradition of day hikes to a local peak. “The hikes give kids an opportunity to open up, and you really see the adults connecting with kids on a different level,” said Principal Swick.

North Syracuse: Already having discussed school mental health promotion and suicide prevention efforts in a large metropolitan area and a small rural district, the OMH Suicide Prevention Office used grant dollars from its Substance Abuse and Mental Health Services Administration (SAMHSA) Garrett Lee Smith (GLS) youth suicide prevention grant to support North Syracuse Central School District, a suburban district just outside of the city of Syracuse in Central New York. North Syracuse Central School District is made up of eleven schools serving more than 8,500 students. After two student suicides in the last months of 2019, administrators provided grief support to students, staff, and parents. In regrouping and debriefing after these initial efforts, there was a sense among school leaders that more could be done through professional consultation and training to integrate suicide prevention into school policy and procedure in a more systemic and ongoing way.

Working with OMH Suicide Prevention Office grant staff and community service provider Coordinated Care Services, Inc. (CCSI), the district disseminated SPCNY’s school needs assessment, results of which were used to guide consultation and training. Based on the results of the needs assessment, district administration assured that all staff members were trained in suicide awareness, had written referral protocols for students identified at-risk, and that student support personnel attended Helping Students At-Risk (HSAR) workshops to prepare them to assess suicide risk and provide brief intervention. School-based mental health providers and community service leaders also attended the workshops to discuss coordination of referrals and communication protocols. Other experts volunteered to assist with standardizing suicide intervention procedures and documentation. District- and building-level administrators participated in planning and training as well. Planning continues as the district manages an uncertain fall semester. However, they are strongly committed to mental health promotion and suicide prevention, particularly in the time of COVID-19 and all its associated uncertainty.

In my role as Director of the Suicide Prevention Office for New York State, I witness firsthand the need for suicide prevention across all ages. Our state’s suicide prevention plan calls for developmentally informed programming across the lifespan. For youth, school-based prevention that creates pathways to care and increases access to treatment along with upstream approaches that increase student resiliency and healthy connections to others are crucial. From New York City, to North Syracuse, to the rural Town of Webb, we see how diverse schools and communities coming together to demonstrate hope, resilience and strength can make a difference, even when faced with painful loss.