Despite ongoing prevention efforts, suicide remains a public health crisis, with reports showing an alarming increase in suicide rates over the past decade in the United States (Hedegaard, Curtin, Warner, 2018). From 1999 to 2017, the age-adjusted suicide rate increased by 33%. In 2018, suicide was the tenth leading cause of death in the United States, accounting for over 48,000 deaths (Center for Disease Control, 2018). Furthermore, there were over 1.2 million suicide attempts in the U.S. (American Association of Suicidology, 2018). Tragically, research shows that less than one-third of people in the U.S. who die by suicide each year receive intervention by a mental health provider in the year prior to their death (Luoma, Martin, & Pearson, 2002). Efforts to change these trends in suicides have become an increasing priority in recent years, with development of interventions that seeks to prevent suicide among those at greatest risk. 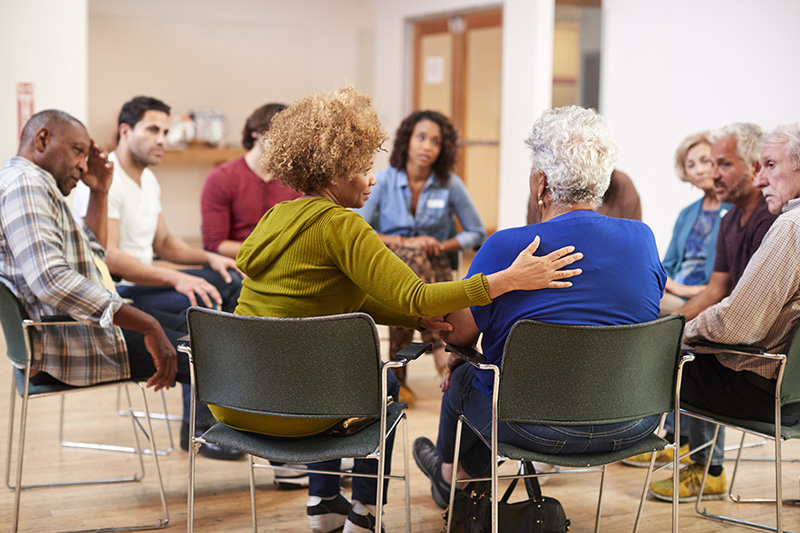 One group consistently at extremely high risk are suicide attempt survivors, who are at high risk for not just future suicide attempts but also death by suicide (Franklin, et al, 2016). Suicide attempt survivors die by suicide at a higher rate (Knesper, American Association of Suicidology, & Suicide Prevention Resource Center, 2010), with one study finding that within the first 5 years of making an attempt that requires hospitalization, 37% made another attempt and 7% died by suicide (Beautais, 2004). Given the elevated risk of suicides among survivors, it is especially important to provide targeted and effective interventions for this group. However, there are only a limited number of interventions specifically targeting attempt survivors that are proven to be effective and not many that use a group format. A group format has the advantage of bringing individuals with shared experiences together in a cost-effective manner to work together to process their experiences, reinforce coping strategies, and reduce stigma associated with having attempted suicide. Many suicide survivors find it difficult to talk about their attempts and their struggles with suicidal thoughts and desires, even among friends and family members who may want to help the most. There is still much stigma and fear and survivors are worried that speaking openly about suicidal thoughts or recent attempts might lead to being hospitalized against their will.

In the 1960s, Norman Farberow, widely considered one of the fathers of modern suicidology and one of the co-founders of the Los Angeles Suicide Prevention Center, formed a group to give survivors a place to discuss their experiences. His project also provided researchers with an opportunity to learn more about the nature of suicide itself. However, concerns about suicide contagion and fears that a group comprised of survivors of suicide attempts may have iatrogenic effects by actually increasing thoughts of suicide and, thereby, leading to future suicide attempts made Dr. Farberow’s plan a controversial one. Because of these challenges, the support group for attempt survivors was not sustained. However, decades later, recognizing the need for an effective and innovative intervention to help individuals at risk for suicide, Didi Hirsch Mental Health Services’ Suicide Prevention Center (SPC) developed and piloted its first support group for survivors of suicide attempts (SOSA) in 2011. After the success of the pilot group and positive feedback from group participants, SPC continued to expand the number of groups offered and a few years later developed a corresponding facilitator training for mental health professionals and peers interested in implementing SOSA in their communities. The group curriculum, Manual for Support Groups for Suicide Attempt Survivors, was accepted into the Suicide Prevention Resource Center’s Best Practices Registry in 2014 and is listed on their website under Resources and Programs. There has been a high level of interest in the curriculum and the facilitator training both nationally and internationally. As of 2020, the manual was disseminated to 1896 individuals in the US and 35 different countries. SPC provided 18 trainings to professionals interested in implementing SOSA in their communities. Through these trainings, SPC trained 219 individuals from 23 states in the US and Australia.

SOSA is an innovative 8-week support group for suicide attempt survivors that offers a safe, non-judgmental place for people to talk about their attempt(s) and its impact on their lives. The group typically has six to eight adult participants (18 years or older) who have made one or more suicide attempts and is led by two facilitators, a licensed clinician and a peer facilitator with lived experience of a suicide attempt. Participants are required to complete an intake interview with a facilitator prior to attending the group. The group is closed to additional participants once an eight-week cycle begins. The support group offers a unique opportunity for suicide attempt survivors to connect with others with a shared experience. They know that if they are feeling suicidal, they always have someone they can reach out to who will understand their feelings without overreacting, which for many has not been the case when they have told family, friends or even professionals. The group seeks to increase participants’ social connectedness, resilience, and coping skills and decrease suicide risk to help prevent future suicide attempts. A total of 152 individuals participated in the groups in Los Angeles and Orange County from 2011 to 2019, with many individuals participating in multiple cycles. Since some participants continue to experience suicidal thoughts and beneﬁt from the support they ﬁnd in the group, participants can choose to repeat the eight-week cycle if it is appropriate. In June 2020, SPC launched its first virtual SOSA group.

A 2018 study of SOSA has provided initial support of its efficacy in decreasing suicide risk among the participants (Hom, Davis, & Joiner, 2018). Since this publication, Didi Hirsch has continued to evaluate SOSA using pre- and post-measures to assess changes in participants’ suicide risk. The results of the ongoing evaluation and focus groups with participants continue to support SOSA’s efficacy in decreasing suicide risk among group participants. The results of the most recent evaluation show that group participants show a significant decrease in suicidal ideation as well as feelings of hopelessness, not belonging, and perceiving themselves as burdens on others. At the same time, they showed a significant increase in resiliency/coping skills and knowledge of safety planning.