Sharing a lived experience may be the single most important tool we have to address the stigma of living with a mental illness, and the isolation of COVID only exacerbated how important it can be to have someone to talk with who truly understands. Over the past two years, we all learned to keep a very close eye on mental health. We came to see just how much this pandemic affected our physical, emotional, and spiritual response to things that were once everyday occurrences. 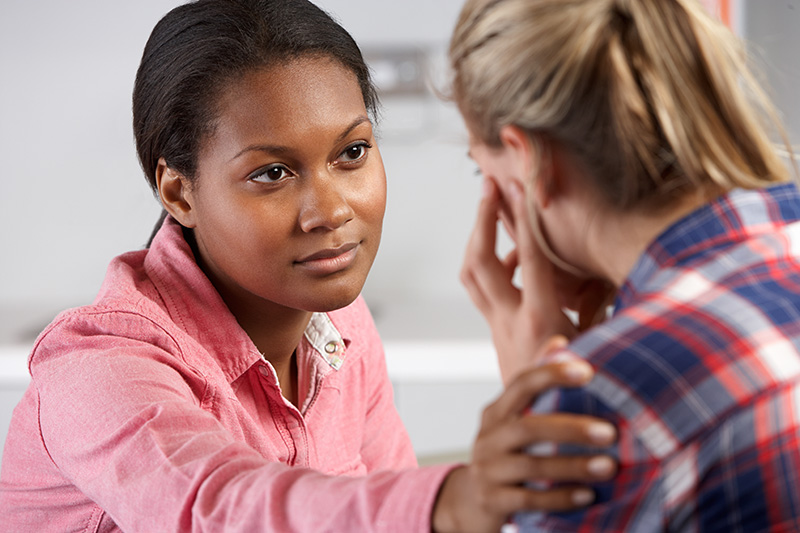 Greater awareness has led to some very positive developments, including expanded funding of behavioral health services offered in different ways like telehealth, support for new, innovative programs and overall greater acceptance and understanding by the world at large. While there’s much work still to be done to overcome the stigma of mental illness, it’s clear no one is a stranger to the realities of mental health.

Another lesson of the pandemic has been a deeper understanding of the critical role of Peer Specialists and just how much they can help increase engagement in services so that resilience, recovery, and healing are more attainable. The unique relationship between a peer and a person receiving services allows for a healthy blurring of “professional” boundaries – the ultimate “human touch” – someone who has walked a similar path.

At Institute for Community Living (ICL), Peer Specialists play a critical role in achieving our whole health goals because they show from their own perspective the value of addressing physical and mental health together. ICL peers are valued partners in newer programs such as Shelter Assertive Community Treatment (ACT) Intensive Mobile Treatment (IMT) teams as well as longstanding programs like Transitional Shelters, Community Residences for Young Adults, Supported Housing, and Traditional ACT teams.

Through a new internship program, ICL began working recently with a local college as the field placement for Peer Specialists which can lead to a permanent position. Additionally, a revamped committee by and for Peer Specialists will enhance programming and provide support to our colleagues.

Peer specialists have become uniquely able to address stigma, particularly during the pandemic. About to celebrate his one-year anniversary at ICL, Eddie Rosario demonstrates just how valuable and valued Peer Specialists are today at ICL. He clearly has what it takes for this difficult but ultimately rewarding work. 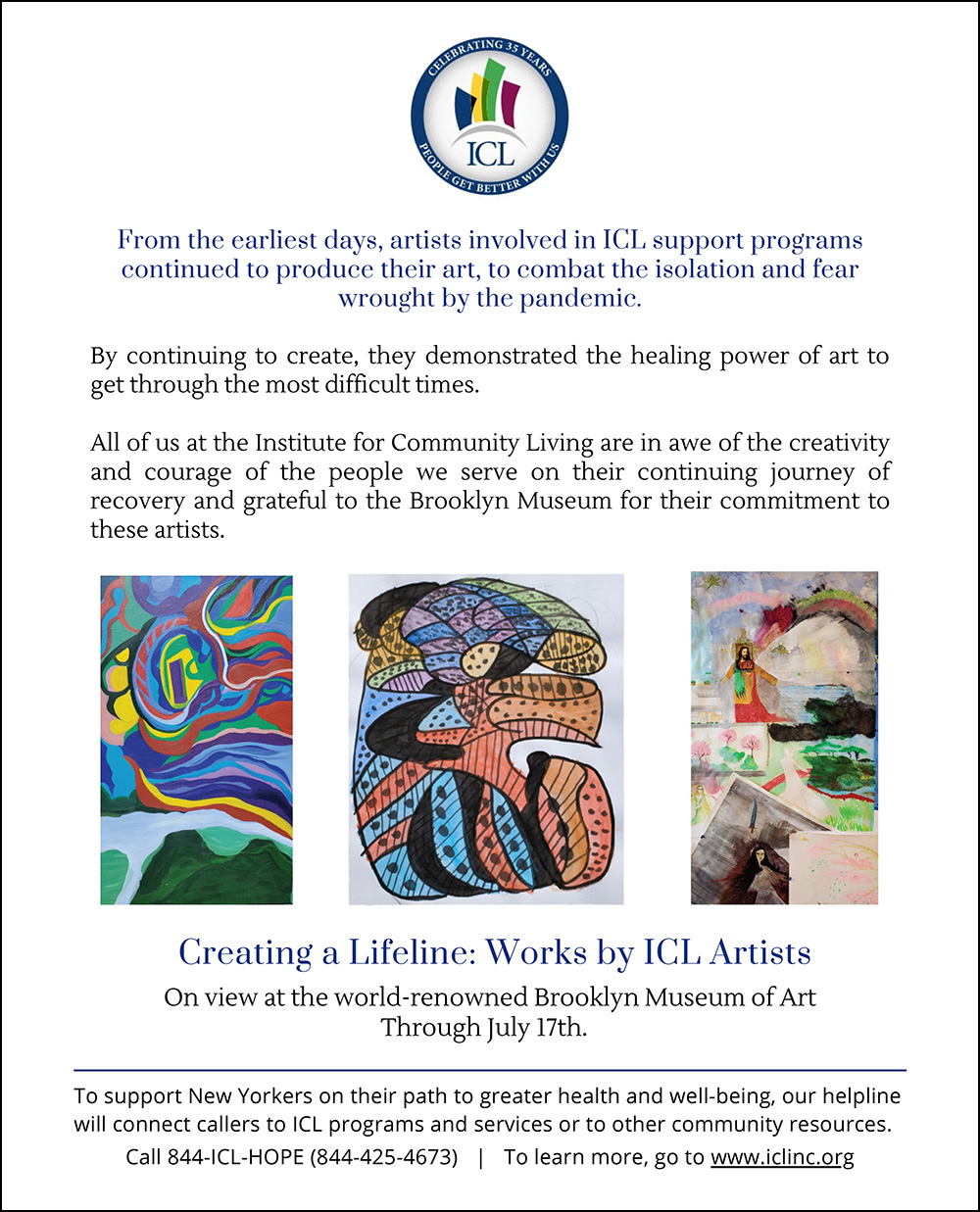 I have come to believe through experience that whatever prevailing condition one is born into can be considered normal to the one who is experiencing it despite how it looks to the outside world. This belief is one of the main reasons why I have been so interested in promoting mental health and shedding light on the prevalent stigma around it that can go unnoticed to many. I can still remember specific moments in my life that helped shape and evolve my views around mental illness and even question the disparity that if we are all created equal then why aren’t we all treated as such.

While growing up in various neighborhoods around Brooklyn, I quickly learned it was taboo to speak about mental health. And when it did come up, it was done so in a negative light. My first introduction to the sentiment around mental illness was as a young child playing with my peers in a park. We were all playing basketball and one of the kids made a simple mistake while playing which resulted in another kid telling the boy who made the mistake that he must be “crazy and from the G Building” and continued to make fun of him until it was time to go home. I was not aware that the G building was the Psychiatric Ward of Kings County Hospital until many years later but what I subconsciously learned that day was that it wasn’t okay to fall into the category as someone from the “G Building” because in my neighborhood that would make you a target.

The older I got the more I would hear the term being used and I would cross paths with many more people wanting to ostracize and target people with mental health challenges. Neighbors would even celebrate and welcome those coming out of incarceration yet have a dismissive and sometimes silent regard for anyone that would be released from a mental institution. With all these observations and experiences, I still didn’t question the status quo and social stigmas because in hindsight, I was like the metaphoric fish who was the last to know that it was in water.

Environment played such a huge role in shaping my world around mental health but so did entertainment. I remember as a teen turning on the radio and they would play rapper Biggie Smalls’ song called “Suicidal Thoughts,” a narration of the protagonist’s struggle with holding and attempting to share the trauma, regret, and self-stigma they held internally, and I would bop my head in agreement without fully comprehending the gravity of his words. At the time those very words seemed normal to me because it was what I and most people were exposed to in our neighborhoods. The difference was that now someone of influence was disclosing it. I recall having a strong connection to the music and feeling a sense of relief knowing that I wasn’t the only one with dark thoughts and emotions. Even though there was a visceral connection that I and many others had with Biggie’s music, it was not enough of a motivator for anyone to begin having meaningful dialogue about it. In hindsight, I believe it planted a seed in my mind, normalizing the need to look for different outlets so that my struggles would no longer be internalized.

The role of mental health stigmas and its toll ended up revealing itself to me in a major way as a young adult. I still found myself holding many things in and felt like I was living a double life; in front of friends and family I would put on a smile, while inside I was suffering because I was too afraid to share and be judged. I would try to justify it by playing the hand that I was dealt which in other words dealing with my thoughts, feelings, and traumas on my own. My lack of clarity and fear led me to make some poor choices and unfortunately I wound up incarcerated. It was in prison that I noticed that many of the people I met there had mental diagnoses and were from neighborhoods similar to mine which didn’t sit well with me.

Right before my eyes was the evidence of what not having enough meaningful dialogue, education, and awareness about mental health can lead to. For some, it was a vicious cycle of going from jail to hospital to shelter. I wanted this to change and grew very frustrated with the institutions and even with society as a whole. Much like how the popular Rumi excerpt goes, “Yesterday I was clever, so I wanted to change the world. Today I am wise, so I am changing myself.” I understood that expecting change from complex systems is okay but aiming to become the change that I wanted to see was even better. Upon my release, I decided to look for support for my own mental health and was fortunate to have met some amazing people that helped me in tremendous ways and guided me in deconstructing my own stigmas.

How did I get to where I am today, thriving as a peer specialist helping people rebuild their lives? It began when I shared my gratitude with a mentor and asked him how I could ever pay him back for his support; his words forever stayed with me. He said “Eddie, the best way to pay me back is by paying it forward” and with that encouragement I would eventually become a Peer Specialist at ICL. My experiences in this journey to my current life were birthed because of stigmas and have helped me understand that with healthy support anyone can turn their “mess” into a message and bless so many others just by openly sharing it. There’s privilege in being able to say that I’ve overcome so many obstacles and find myself in a position to be able to give back. I was once in prison and now I’m working full time, living with a family I created; completing my Bachelor’s Degree and planning to get my MSW. I’m living proof that anything is possible and that taking care of our mental health is vital. 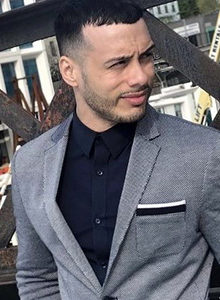 Edwin (Eddie) Rosario is a Peer Specialist on the ICL Shelter Assertive Community Treatment (ACT) Team where he uses his clinical skills and experience to provide high quality care to some of our most vulnerable. It is through his lived experience and training that he has grown to believe it’s never too late for anyone to bloom. His mission is to share seeds of encouragement that will positively impact lives and inspire people to bloom wherever they plant themselves. Eddie has completed the Peer Training Program at Howie the HARP Advocacy Center and earned an Associate’s Degree from Borough of Manhattan Community College with a focus on Liberal Arts. He is working on his Bachelor’s Degree at Brooklyn College with the hope of pursuing a Master’s Degree in Social Work. Aside from helping others, his greatest source of pride is being a father. Jose Cotto, LCSW, is Senior VP for Residential Treatment at the Institute for Community Living (ICL).