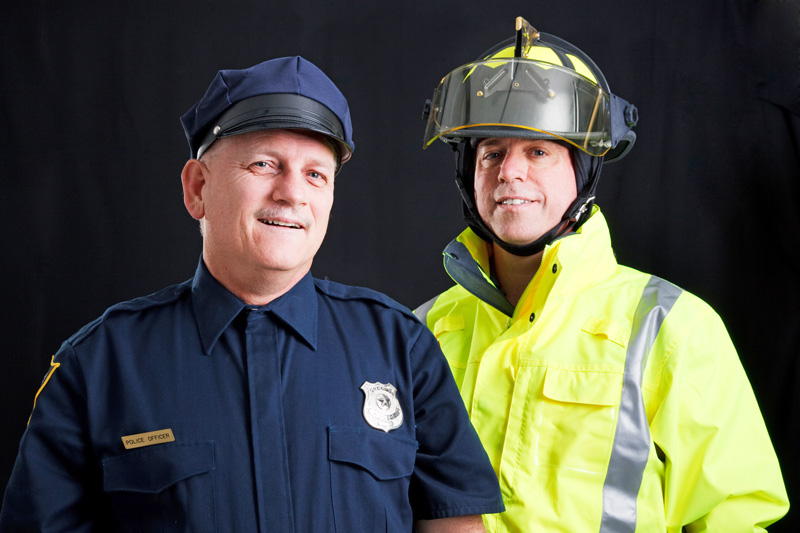 OMH Commissioner Dr. Ann Sullivan said, “CARES UP will provide much-needed mental wellness support to first responders, uniformed personnel, and military Veterans – all of whom are at an elevated risk for suicide compared to the general population in New York State.  CARES UP programming will support resiliency and wellness among our veterans and uniformed personnel and will ultimately save lives and protect our communities.”

New York State Division of Veterans’ Services (DVS) Director Viviana DeCohen said, “The funds from the CARES UP program will provide life-changing and life-saving services not only for our Veterans and their families but for our companions that serve for the safety and protection of our communities. This program ensures that New York keeps its promise to care for those who served our State and Nation not only with the challenges they may face upon their return home but any obstacles which may arise throughout their lives.”

Division of Homeland Security and Emergency Services Commissioner Jackie Bray said, “Our first responders and veterans face levels of stress and trauma that most of us never see. We have a responsibility to take care of the people who spend so much of their time taking care of us. The CARES UP program provides resources directly to local agencies so they can offer critical services and wellness programs to their employees and retirees that are sorely needed. Thanks to Governor Hochul’s leadership this critical issue is not only getting attention but also getting the resources it deserves.”

Division of Criminal Justice Services Commissioner Rossana Rosado said, “Training law enforcement officers is key to DCJS’s mission. From the state’s Basic Course for Police Officers to its Trauma Resources and Unified Management Assistance course, the agency has made police officer health and wellness a priority. We are grateful to our partners at the Office of Mental Health for their work in developing CARES UP to ensure that all uniformed personnel have access to resources and support that will help then prioritize their mental health.”

The awards include $210,000 for three Veteran-serving organizations:

The funds will be used to increase participation in a model national program called the Expiration of Term of Service Sponsorship Program (ETS-SP).  This program assists service members and Veterans as they shift from military to civilian life by connecting them with a local volunteer peer sponsor. The program focuses on the first year of post-military life, a timeframe associated with high rates of homelessness, criminal justice involvement, alcohol and substance use, unemployment, and suicide among Veterans. Using peer-reviewed, evidence-based best practices, ETS Sponsors are trained and certified to build relationships and resiliency.

Governor Hochul announced as part of her 2022 State of the State agenda that New York State would help ensure the presence of ETS Sponsors in every county, to provide support for transitioning Service Members and Veterans. The New York State Division of Veterans’ Services has worked with partners across the state and at the federal level to recruit ETS Sponsors – including through the coordination of training sessions that are available both online and in-person. Already, more than 150 New York State residents have completed the training to serve as ETS Sponsors. Any New Yorker interested in becoming a sponsor in their community can sign up here.

Additionally, $960,000 has been awarded to 12 Uniformed Personnel organizations (including fire departments, emergency medical services, law enforcement, and corrections departments). Grant funding will support resiliency and wellness programming as well as peer to peer training for grant sites, with the goal of increasing protective factors and reducing mental health problems faced by uniformed personnel. Awardees include:

OMH has also produced a CARES UP webinar series titled “First Responders Behavioral & Mental Health Wellness: Lessons from the Field” featuring Drew Anderson, Ph.D., FF/EMT, an Associate Professor of Psychology at the State University of New York at Albany. The videos, available on the SPCNY website, explain why first responders are at an increased risk for behavioral and mental health issues.  This series helps viewers understand protective factors that boost behavioral and mental wellness and can help first responders identify those around them who are struggling with mental health issues.

Crisis Intervention: Is the Field Ready?

The comments below are those of Joyce Wale, LCSW and do not reflect the opinions of United Healthcare or others. The New York State Office of Mental Health should be […]

Mental Health Is Essential to Stability

We are seven New Yorkers ranging in age from the 20s to the 70s. We all have a variety of behavioral health needs and have benefited from S:US programs such […]

When two people have something in common, it creates a bond that allows for meaningful discussions and a trusting relationship. This is the foundation of Peer Support and the reason […]

Recovery-Oriented Cognitive Therapy (CT-R) was originally developed by the Beck Institute to promote recovery and resiliency in individuals with a diagnosis of schizophrenia, but it can be applied broadly to […]