Governor Kathy Hochul recently announced that Mary T. Bassett, MD, MPH, has been appointed Commissioner of the Department of Health. With more than 30 years of experience devoted to promoting health equity and social justice, both in the United States and abroad, Dr. Bassett’s career has spanned academia, government, and not-for-profit work. Her appointment is effective December 1. 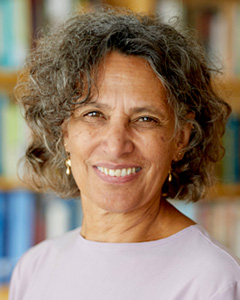 “Our recovery from this pandemic requires tested leadership and experience to improve health equity and access across the state, and Dr. Bassett is perfectly equipped to lead the New York State Department of Health during this critical moment,” Governor Hochul said. “When I was sworn in as Governor, I pledged to build a talented team with the skills, knowledge, and expertise to stop the spread of COVID-19, return our lives to normalcy, and move our state forward. Dr. Bassett is both a highly regarded public health expert and an exemplary public servant, and I look forward to working with her to keep New Yorkers safe and healthy.”

“I am humbled and honored to return to my home state of New York to lead the Department of Health at this pivotal time,” incoming Health Commissioner Mary T. Bassett said. “The pandemic underscored the importance of public health, while also revealing inequities driven by structural racism. As we move to end the pandemic, we have a unique opportunity to create a state that is more equitable for all New Yorkers. I look forward to working toward this with Governor Hochul and the team at the Department of Health.”

From 2014 through summer 2018, she served as commissioner of the New York City Department of Health and Mental Hygiene, where she made racial justice a priority and worked to address the structural racism at the root of the city’s persistent gaps in health between white New Yorkers and communities of color. Dr. Bassett also led the Department’s response to Ebola, Legionnaires’ disease, and other disease outbreaks.

In 2002, Dr. Bassett was appointed deputy commissioner of Health Promotion and Disease Prevention at the New York City Department of Health and Mental Hygiene. In this role, she led the division responsible for New York City’s pioneering tobacco control interventions and food policy, including the nation’s first calorie posting requirements and trans fat restrictions. Her signature program was the launch of District Public Health Offices in several neighborhoods long harmed by racial/ethnic and economic health inequities. These offices now lead targeted, multi-sectoral, multi-agency strategies to reduce the excess burden of disease. From 2009 to 2014, Dr. Bassett served as program director for the Doris Duke Charitable Foundation’s African Health Initiative and Child Well-Being Prevention Program.

Early in her career, she served on the medical faculty at the University of Zimbabwe for 17 years, during which time she developed a range of AIDS prevention interventions. Building on this experience, she went on to serve as associate director of health equity at the Rockefeller Foundation’s Southern Africa Office, overseeing its Africa AIDS portfolio. After returning to the United States, she served on the faculty of Columbia University, including as associate professor of clinical epidemiology in its Mailman School of Public Health.

Dr. Bassett’s many awards and honors include the prestigious Frank A. Calderone Prize in Public Health, a Kenneth A. Forde Lifetime Achievement Award from Columbia University, a Victoria J. Mastrobuono Award for Women’s Health, and the National Organization for Women’s Champion of Public Health Award. She has also been elected a member of the National Academy of Medicine. For many years she served as an associate editor of the American Journal of Public Health. Her recent publications include articles in The Lancet and in the New England Journal of Medicine addressing structural racism and health inequities in the United States.

Dr. Bassett grew up in New York City. She received a B.A. in History and Science from Harvard University, an M.D. from Columbia University’s College of Physicians and Surgeons (serving her residency at Harlem Hospital), and an M.P.H. from the University of Washington.

“We are thrilled that Mary will be bringing her strong leadership, fierce commitment to equity, and deep understanding of public health policy to this new role as New York State health commissioner,” said Michelle A. Williams, dean of the faculty at Harvard Chan School. “While we will greatly miss her presence here, we are proud that she will be in a position to advance evidence-based policies, firmly grounded in science, to protect and improve the health of every New York resident. We know she will be a champion for all people across the state.”

“I congratulate Governor Hochul on her appointment of Dr. Mary Bassett as New York State’s Health Commissioner. I cannot think of anyone more qualified or better suited to head public health in our state at this time,” said Lilliam Barrios Paoli, Former New York City Deputy Mayor for Health and Human Services. “Dr. Bassett is a superb crisis manager. Working with her during both the Ebola and the Legionnaires’ disease crises was a lesson on how to manage effectively and gracefully under enormous pressure. I can state unequivocally that it was her leadership that enabled New York City to successfully navigate those difficult situations. Her commitment to ending health disparities is unquestionable, as is her belief that good public health goes hand in hand with social, racial, and gender equity. I firmly believe that with this appointment, Governor Hochul is putting public health in New York State in the best possible hands.”

“Governor Hochul has made a great choice with the appointment of Dr. Mary Bassett as New York State’s health commissioner,” said George Gresham, President of 1199SEIU. “As New York City’s health commissioner, Dr. Bassett led our health care heroes through unprecedented challenges, including Ebola. As we face another unprecedented challenge, Dr. Bassett’s public health expertise, knowledge of health care systems, and commitment to health equity will be a tremendous asset to the state. We look forward to working with her again.”

“New York will be in extremely competent hands with Dr. Bassett. She is an internationally recognized trailblazer known for building better systems to protect and promote the people’s health and advance equity and justice,” said Aletha Maybank, MD, MPH, Senior Vice President and Chief Health Equity Officer, American Medical Association. “Having the privilege to launch the Center for Health Equity at the New York City Department of Health under her leadership set a national high bar for how government can hold themselves accountable to embedding equity and racial justice in the culture, practices, and policies of the institution and beyond. These efforts were recognized by the World Health Organization and the Centers for Disease Control and Prevention. Core to her being and her equity strategy is centering the voices and ideas of the most marginalized to help uplift all New Yorkers. One of the greatest gifts I learned from Dr. Bassett is advocacy – unabashedly standing up for people and for what is right, healthy, and equitable. I am truly excited for New York, and the country, to have her back in public service at this critical time.”

“Dr. Bassett is an outstanding choice. Rochester needs a leader attuned to health care inequities, especially those exposed by the pandemic,” said Vivian Lewis, MD, Professor Emerita – Obstetrics and Gynecology and Former Vice Provost, Faculty Development and Diversity at the University of Rochester. “Recently, she and I were both on a panel about healthcare disparities and I was impressed by her eloquence regarding the social determinants of health – race, socioeconomic status, access to healthcare, and housing that we need to address to end the current crisis- nationally, statewide and at community and individual levels. Dr. Bassett’s record in NYC is a powerful lesson in enlisting neighborhood-based resources to build the trust needed to understand and address both chronic conditions and crises. Her example as a public health scholar will inspire our students and trainees to become the kind of healthcare leaders who value the need to have an impact in their communities, the nation, and globally. We welcome her leadership.”

“Dr. Mary Bassett was a visionary and transformational leader as New York City’s health commissioner, we welcome her back in this new and vital position as New York State’s Health Commissioner,” said Ayman El-Mohandes, MBBCh, MD, MPH, Dean of the CUNY Graduate School of Public Health & Health Policy. “Her commitment to serving all New Yorkers across demographic geographic, economic, and cultural divides was in evidence every day. I’ve worked with Dr. Bassett for many years in a variety of capacities, and I can say with confidence that in this challenging moment in New York’s history, the people of New York State stand to benefit enormously from the integrity, skill, compassion, and wisdom she will bring to her new role.”

An Overview of Seasonal Affective Disorder

Many people go through short periods of time where they feel sad or not like their usual selves. Sometimes, these mood changes begin and end when the seasons change. People […]