On March 19th, 2022, New York State Governor Kathy Hochul, after signing legislation expanding the Opioid Settlement Board from 19 members to 21 members, announced her two appointments to the Board.

“As we make our comeback from the COVID-19 pandemic, we must commit to also mitigating the impact of the opioid pandemic New Yorkers have endured for many years,” Governor Hochul said. “That is why I am appointing Anne Constantino and Debra Pantin, two dedicated and qualified public servants to work with me in delivering results to improve prevention, treatment, and recovery for New Yorkers who need our support.” 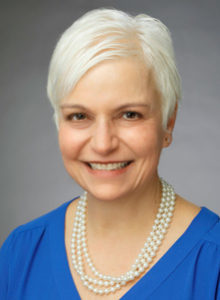 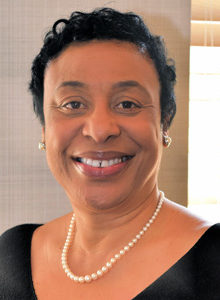 Debra Pantin has been appointed to the Opioid Settlement Board. Ms. Pantin is the President & CEO of the Outreach Development Corporation located in Richmond Hill, New York. As CEO, Ms. Pantin focuses on using her 30 years of experience in the substance abuse and mental health treatment field. By trade, Ms. Pantin is a social worker by trade who has an extensive background in uplifting communities and improving outcomes. While working as CEO of VIP Community Services in the Bronx, Ms. Pantin was able to help oversee unprecedented growth in agency operations. Funding was raised from $21 million to $30 million under her watch. MS. Pantin is President of the Alcoholism and Substance Abuse Providers of New York State (ASAPNYS) and is the Chair of Mental Health News Education’s Board of Directors. She participates in numerous national, state and local boards, and was previously the Co-Chair of the Substance Abuse Treatment Committee for the Coalition of Behavioral Health Agencies.

The New York State Association of Counties (NYSAC) made three recommendations for appointment to the Opioid Settlement Board that are currently being reviewed.

This article was originally published here on March 18, 2022.

Crisis Intervention: Is the Field Ready?

The comments below are those of Joyce Wale, LCSW and do not reflect the opinions of United Healthcare or others. The New York State Office of Mental Health should be […]

Mental Health Is Essential to Stability

We are seven New Yorkers ranging in age from the 20s to the 70s. We all have a variety of behavioral health needs and have benefited from S:US programs such […]

When two people have something in common, it creates a bond that allows for meaningful discussions and a trusting relationship. This is the foundation of Peer Support and the reason […]

Recovery-Oriented Cognitive Therapy (CT-R) was originally developed by the Beck Institute to promote recovery and resiliency in individuals with a diagnosis of schizophrenia, but it can be applied broadly to […]

A Case for the Discerning Application of Treatment Models: Proceed with Caution

In recent decades we have witnessed a proliferation of models for the treatment of behavioral health conditions, many of which enjoy robust evidence bases that support their application in accordance […]