The New York State Office of Mental Health (OMH) today announced an award of $30 million over five years to Coordinated Behavioral Care (CBC) to operate eight treatment teams that work with vulnerable New Yorkers living with mental illness. The teams focus on people transitioning back to the community from psychiatric inpatient care and on long-term homeless people living on the streets and in the subway system. 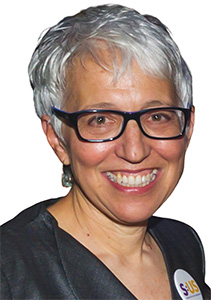 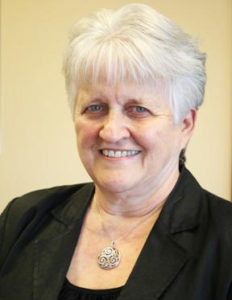 OMH Commissioner Dr. Ann Sullivan said, “The transition back to the community from inpatient care can be very difficult for many individuals. Coordinated Behavioral Care’s Pathway Home program model has an established record of delivering essential behavioral health services to New York City’s most vulnerable as they transition back to community settings. This award will expand the program and help reach other vulnerable populations, including long-term homeless people with mental illness. Partnering with the CBC will allow us to help more people, reduce psychiatric hospital readmissions and emergency room visits, and improve health outcomes for more New Yorkers.”

CBC Board President and Services for The UnderServed Chief Executive Officer Donna Colonna said, “Pathway Home has been a collaborative endeavor that has positively affected the lives of individuals we support. We are grateful for the team effort and look forward to the continued partnership between community-based providers, government and hospitals through the Care Transition and Support Teams program.”

OMH will provide $30 million over five years to operate eight teams utilizing an approach known as Critical Time Intervention. Six of the teams will work with individuals who are transitioning to the community after receiving inpatient care at a psychiatric facility. These Care Transition and Support Teams, made up of behavioral health professionals and peers, will promote continuity of care and ensure individuals remain connected to services. Two other teams will engage people with mental illness living on the street and in the subway system.

Funding for the CTST teams is supported in part by state reinvestment funding made available through the reduction of vacant inpatient psychiatric beds. Since 2014, more than $100 million has been reinvested into community-based mental healthcare across New York State, allowing OMH to provide services to nearly 125,000 new individuals, bringing the total to over 800,000 people served in the public mental health system.

CBC will employ its signature care transition model, Pathway Home™, to operate and manage the CTSTs teams. That model is adapted from critical time intervention (CTI), an evidence-based practice used to provide a broad range of time-limited services designed to ensure continuity of care, avoid preventable poor outcomes among at-risk populations and promote the safe and timely transfer of individuals from one level of care to another, or from one type of setting to another.

The mobile multidisciplinary teams engage individuals prior to hospital discharge (or while still homeless) and promote community integration by offering comprehensive support for emotional, physical and social needs during the critical time period following inpatient discharge or once an enrollee is no longer living on the streets or in the subway system.

Early engagement allows for increased participation and rapport-building, as the team identifies, mitigates and resolves barriers that to successful reintegration. The intervention continues into the community and facilitates integration and continuity of care by ensuring support systems are in place and enduring ties to the community are established.

CBC’s engagement approaches are extraordinarily highly effective: 91 percent of individuals receiving intake interviews enrolled in Pathway Home™. Graduates of the programs had significantly fewer psychiatric inpatient days per month during and after enrollment, relative to their pre-enrollment standards, and engage with outpatient behavioral health services with greater regularity during enrollment and sustain this adherence to care on follow-up.

James Plastiras is Director of Public Information at the NYS Office of Mental Health (OMH).

Recently, the Department of Health and Human Services (HHS), through the Substance Abuse and Mental Health Services Administration (SAMHSA), announced three funding opportunities to strengthen mental health and substance use […]

The Department of Health and Human Services (HHS), through the Substance Abuse and Mental Health Services Administration (SAMHSA), is announcing two grant programs totaling $25.6 million that will expand access […]

On March 19th, 2022, New York State Governor Kathy Hochul, after signing legislation expanding the Opioid Settlement Board from 19 members to 21 members, announced her two appointments to the […]