Barry B. Perlman, a psychiatrist and longtime Member of the Board of Mental Health News Education, the nonprofit organization that publishes Behavioral Health News and Autism Spectrum News, has published a professional memoir In Rearview: A Psychiatrist Reflects on Practice and Advocacy in a Time of Healthcare System Change. Perlman, a graduate of Yale Medical School, offers an overview of his career in medicine and personal commentary on the evolving mental health system. From his first inklings of interest in mental health issues tied to his grandmother’s bouts of severe depression and his mother’s volunteer work with persons discharged from psychiatric hospitals, to his summer jobs in hospitals, through to closing his practice and retirement, Perlman recounts the entire arc of his psychiatric and medical career. 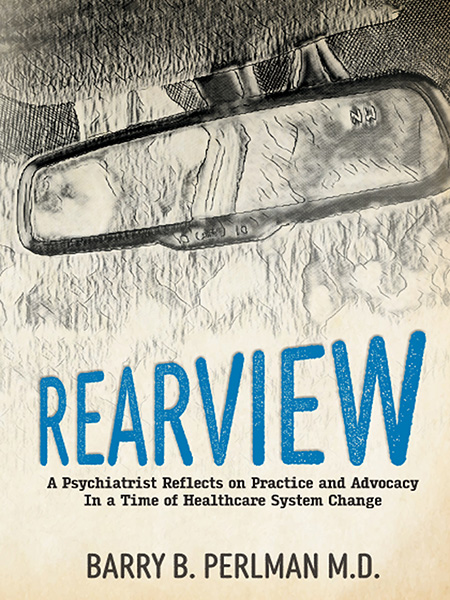 Through recalled anecdotes Perlman brings readers along by writing about important experiences from medical school and his psychiatric residency. He describes his first professional experiences with dying, his cadaver, and clinical rotations such as neurosurgery and psychiatry. He experienced the English National Health Service when taking his OB/GYN clerkship in London. Readers will be introduced to several of his dedicated professors and their eccentricities.

Other chapters introduce topics central to the practice of psychiatry. They include consideration of suicide, violence, poverty, and electroconvulsive therapy. One chapter is revealingly illustrated with art done by patients and ponders the question of what makes art, art. Many of the chapters include interesting case presentations.

Dr. Perlman, an activist psychiatrist, served as president of the New York State Psychiatric Association and was appointed by NYS Governor George Pataki as chair of the NYS Mental Health services Council and as a member of the State Hospital Review and Planning Council. Based in participation, he describes the process and tensions involved in shaping public policy.

Dr. Jeffrey Borenstein, the creator and host of the Emmy Award nominated PBS series Healthy Minds and President and CEO of the Brain & Behavior Research Foundation, said “Rearview shares an activist psychiatrist’s personal perspective on several aspects of his professional life. Readers will come away better appreciating their psychiatrists and the forces which impact their practices through Perlman’s astute commentaries.” 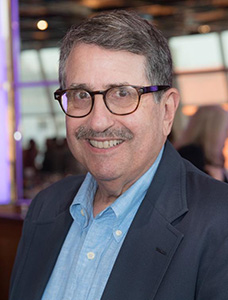 Mr. John J. Herman, formerly the editor-in-chief at Weidenfeld & Nicolson, wrote, “I enjoyed being in your company throughout your pages. Here is a battery of adjectives that occurred to me and seem entirely appropriate: Informed, intelligent, thoughtful, caring, humane, funny! All true, and not occasionally but present throughout.”

Readers who delve into Rearview will be taken on a tour of the multidimensional life of a psychiatrist whose professional life encompassed provision of direct clinical care, running a psychiatric department under challenging circumstances, and trying to improve the lives of New Yorkers living with serious mental illness. As Dr. Perlman concludes, he feels grateful to those who encouraged and mentored him, the patients who sought his care, and diversity of professional experiences afforded him.

Rearview is available for purchase on Amazon in paperback or for Kindle.

On International Overdose Awareness Day, the U.S. Department of Health and Human Services (HHS) through the Substance Abuse and Mental Health Services Administration (SAMHSA) is announcing the awarding of $79.1 […]