Mental Health Advocacy With and Without Advanced Technology

I just switched from E-mail to Microsoft Word to write this article about mental health and technology. I left 250 E-mails unanswered to make the move. Oy vey! I feel like I’m guilty of E-mail neglect. Who will I offend today by not responding to them? 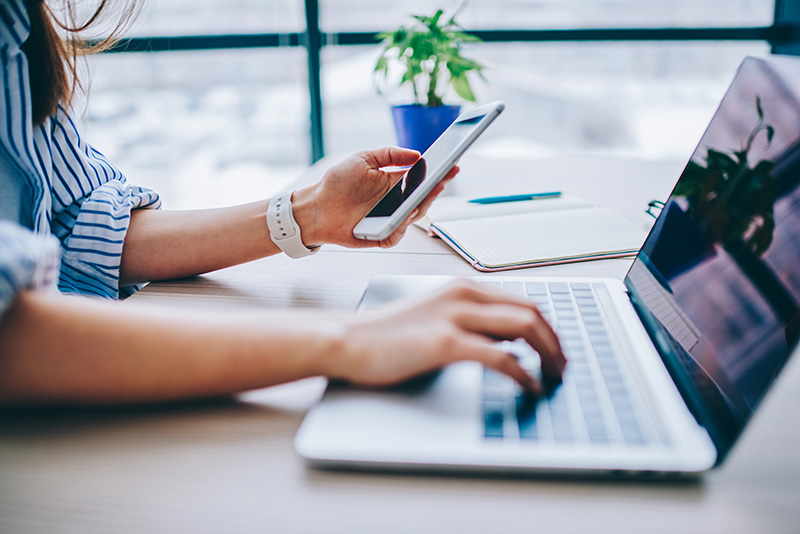 It wasn’t always like this. 45 years ago, when I began working as a mental health advocate, there was no E-mail. In fact, there was no Microsoft Word or any other kind of word processing. I remember when we got a Wang word processor in the early 1980s. We built a little room to house it.

In those days, we did everything on paper, which we filed in folders in file cabinets in file rooms. I went through my mail once or at most twice a day. I was fortunate and had a secretary, who sat with me as I read my mail and to whom I dictated my responses. She (I didn’t have a male assistant until after the turn of the 21st century) would then type a draft and give it to me the next day to edit. She would then type the final draft, which I would review the next day. And then she would put it in an envelope, and someone would take it to the post office. It took eight working days to reply—a totally different pace of life.

Of course, it had its problems. Today, I’m drowning in unread E-mail. Then I was drowning in piles of paper. I had three piles. Immediate, get-to-it soon, and can-wait. I never got to anything in the can-wait pile and would throw it away every few months. I probably insulted more than a few people and missed some great opportunities to transform the world or at least my life. Oh well.

To set up a meeting we would write a letter, make many copies of it, stuff it in envelopes, type or handwrite addresses, put on stamps, take it to a post office.

To organize a campaign to persuade public officials to do the right thing, we would send sample letters or distribute post cards with our message printed on them to members of our advocacy group and hope that they actually signed and mailed them.

To meet with public officials, we would request a meeting by letter or by phone. Sometimes it took a lot of telephone tag just to set up the meeting.

Doing all this was, of course, time-consuming and expensive, so it seemed great to me when E-mail came along making rapid mass communication possible without spending a penny. In fact, we could save money on paper, stamps, and clerical time. And telephone tag gradually became almost a thing of the past as we came to understand that E-mail is “asynchronous communication.” And I didn’t need a secretary to take dictation, type up drafts, retype them, and take them to the post office. I could just whip off a response on the computer, edit it on the screen, and press the send button. We didn’t need to make a million phone calls to find a date for a meeting—just a few e-mails. And I could do my filing right there on the computer. Less and less paper sitting in piles in my office. A golden age had arrived.

Without doubt the new technology helped enormously with organizing. It was easy to reach a lot of people, sign them up, set up meetings, have them put their names on sample letters and press a button to send the letters via E-mail.

But I wonder whether the technology has really made advocacy more effective. As it has been used more and more, it’s become a cacophony of competing causes seeking our affection, affiliation, and contributions. Years ago, for example, it occurred to me that we should get our message out on Facebook. At that time, 500 million people would see it. How long could it be before mental health became a major world-wide cause? Of course, every other social advocate had the same thought at the same time. A very few of their messages rose above the others. Ours? Not so much.

Don’t get me wrong. I think it is very useful to have websites that provide lots of data and information about policy matters, advocacy groups, etc. And it is terrific to be able to do research using search engines instead of by going to dusty libraries and leafing through journals or wandering around the Capitol to get my hands on bill copy. And word processing improves writing because it’s easy to edit. And it’s certainly useful to be able to reach a lot of people who are interested in mental health with a single push of a button. And I guess the speed of communication offers some real advantages.

But there are more than a few speedy communications I wish I had never sent. A day’s reflection would have really helped. And an awful lot of E-mail goes unanswered or filed in “folders” in “the cloud.” I frankly have no idea where the cloud is, and my files are no more accessible to me there than in the piles of paper that used to clutter my office because I can’t remember file names or usernames or passwords. I keep those in another file—when I remember.

And I really doubt that the E-mail I send to the powers-that-be calling for a better world have as much impact as pleas sent on paper.

And every day, as I wade through E-mail from advocates trying to get my attention in the way I am trying to get theirs, I have the sense that I am fighting just to keep my head above water, making it difficult to spend time doing real work.

So, I guess, like everything else, technology is a mixed bag.

Of course, the reality is that policy gets made now just like it did before the new technology—through relationships between real people. Person-to-person. Not computer-to-computer. At least not so far. Maybe someday policy will be made by Artificial Intelligence. Hopefully, I’ll be gone by then.

Michael Friedman is a retired social worker who moved to Baltimore after 60 years in New York to be near his grandchildren. He continues to be an active mental health advocate as volunteer Chair of the Brain and Behavioral Health Advocacy Team of AARP of Maryland.

Barry B. Perlman, a psychiatrist and longtime Member of the Board of Mental Health News Education, the nonprofit organization that publishes Behavioral Health News and Autism Spectrum News, has published […]

In the fall of 2019, as part of our effort to increase client accessibility to treatment, Westchester Jewish Community Services (WJCS) was preparing to launch a telehealth program. The plan […]

Leaders of the Autism and Behavioral Health Community to Be Honored at May 12, 2021 Virtual Leadership Awards Reception

AsOne LEADS: Lessons Learned in Building a Behavioral Health and Family-Centered Healthcare IT and Data Solution

AsOne Healthcare IPA launched the LEADS platform in February of this year, a first-of-its-kind IT and data solution to facilitate population health management and improve patient outcomes. LEADS was a […]