* Italicized quotes from members of NYIN are included, with a contributor listing provided at the end of this article.

Who is in charge? Over the last 20 months, chief executives of human service agencies were faced with unprecedented crisis. The twin epidemics of the tragic consequences of COVID-19, with the resultant massive disruption in services and financial instability, tested these executives in untold ways. 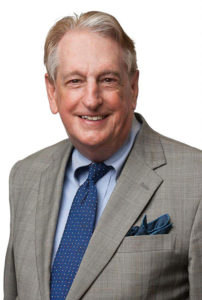 Seldom do we have a chance to peer into the thinking of chief executives, but using lessons learned we get an inside view of how chief executives of NYIN* managed during the pandemic and the problems it wrought. While these providers head multi-service agencies serving multiple constituents, the focus for this article is related to the field of intellectual and developmental disabilities (I/DD).

Leaders were confronted with an unprecedented situation, with no easy answers in the leadership playbook. There was little room or time to think; this was a clarion call for action. CEOs knew the calamity would get worse before getting better.

An interesting lesson surfaced, one hardly ever in the forefront: The value of peer-leader support. Several executives agreed that: Thankfully, we have peers at NYIN who are like-minded and care deeply for the mission, the people we serve and the staff who provide the supports and oversight.

Existential threat: There is no question that human services faced an existential threat in which basic order was thrown into uncertainty, and the safety of both the individuals receiving services and their staff was undermined.

Who we serve: In this article the focus is on people who are intellectually and developmentally disabled, which includes a wide range of conditions including intellectual disability, cerebral palsy, epilepsy, neurological impairment, and autism. These individuals are highly dependent on daily services that sustain their participation and engagement in society and maximizes their opportunities to achieve independence.

We are in charge: As one executive made clear: The CEO needed to set the tone and the staff needed to know that the CEO would fight for what was right. It would be an understatement that these executives were faced with a situation that quickly could have gone out control, but they stressed that they were in charge. An illuminating phrase, maintaining a clarity of purpose, captures their core thinking. The words that were frequently used in the lessons learned are nimble and flexible. As one executive explained: Be prepared for multiple scenarios; be prepared to change strategies; and move quickly when the situation demands a quick response.

A different perspective was stated by one executive: Ensure that everyone on the front line had what they needed to keep people safe, and then get out of the way.

Through weekly calls, there was considerable sharing of information, including how to access PPE and other equipment. These exchanges were vital because government had not made such access a priority for the I/DD field.

Another leader affirms the declaration that chief executives were in charge: While society and government were in chaos, we needed to show that we were in control of the situation as best as we could. We made the hard decisions as soon as we knew the situation was dire and urgent. Being upfront and making hard decisions immediately allowed us to get control of a very uncertain and scary situation. This lesson was wholeheartedly accepted by all the executives.

The following wise words go right to the core of occupying the position of chief executive: We were balancing business decisions with personnel decisions. We understood that we needed to survive as a business, but we also knew that staff, families, and people we served were all panicking. We needed to make hard decisions and make them fast. All these leaders agree with what one executive stated: Celebrate successes big and small. Let people know about an achievement or payment or milestone and cheer loudly.

Broad challenges: In addition to the impact on direct services, one executive stated that many, if not all of the societal conflicts that were foregrounded during the pandemic played out in our settings. Issues of equity, social justice, access to health care and housing were relevant and pressing for every leader.

Moral grounding: One executive said: I truly believe that at all times a higher power gives each leader the vision and strength needed to make the right decisions. The prevailing lesson among these executives was the importance of core values to guide decisions and communications. One CEO shared this: [He] believes being guided by core values not only helps ensure quality service delivery but also allows for a cohesive workforce with common goals and helps build trust and confidence within a team. Another expressed a sentiment that leaders throughout history understood: Do what you know is right and don’t question your decisions – this will only confuse your staff and everyone else.

Safety first: The implications and impact of each decision pervaded all that was being done. The overwhelming focus was on “safety first” for the people being served and the frontline staff. As one executive observed: Management heard that [it] must be hypervigilant in its response to COVID and put into place control protocols above and beyond those of other service providers or mandated through Administrative Memoranda and Executive Orders.

Do It Yourself: Early in 2020, it was dramatically and immediately apparent that DIY was required. We realized government was not going to be helpful, so CEOs had to rally.

In relation to the DIY modus operandi, one executive expressed the following: We are very good at improvising. Another one said: We had to think out of the box. Many CEOs came up with innovative response, such as creating, almost overnight, specialized residential units (called recovery units) to receive individuals being discharged from hospitals who were without adequate medical treatments and needed to be quarantined. They didn’t wait for government to give them permission. One executive put it well: It is better to ask for forgiveness than permission in these situations. This exceptional statement could apply to any number of moral issues.

Taking care of staff: This was another prevailing and overwhelming demand. One lesson was particularly insightful: The way we managed our staff pre-crisis helped reduce any wholesale loss of personnel. We put our money where our mouth was. Another executive was emphatic in saying: Big change requires staff buy-in; it’s important to bring staff representing different parts of the organization into the process discussion as early as possible. This will ensure processes run more smoothly in future. Another valuable opinion was offered: It was critical to bring people together to engage in dialogue; listen and respond to concerns. Another statement makes it clear about the importance of staff members: They needed to understand that the CEO was in the fight with them…. every day. One executive characterized payments to staff as hazard pay for people working with those who were infected or suspected of being infected.

Communication a must: Maintaining clear, consistent, and timely communication was another critical lesson learned. Messaging had to be current and honest, even if it was bad news. Transparency was a premium. One leader put it this way: At the beginning of the pandemic information and guidance came from many sources and needed to be culled in order to separate fact from fiction, reasonable responses from unreasonable, and the feasible from the unfeasible.

Grieving: Grieving is typically a private or personal emotion but given the depth of conditions, an executive expressed the following: Understand that people must grieve and then support them in their efforts to do it. Understand and support people who are going through it and let them express their sadness about it. One executive made clear that there was a sense of loss all around us, and we had to find ways to support our individuals, families, and staff.

Where is government: The levels of emotion during the pandemic ranged from deep anger and resentment to a total disregard for the usefulness of government advice. One observation: The real leaders during the pandemic have been execs throughout the state and their respective leaders within their organizations. Another executive made it explicit that [Our] regulators don’t have a clue (or don’t care) about how we operate nor how the pandemic challenged us, which they were buffered from. Those of us that are in multiple service sectors experienced such dissonance across the regulators/funders. Most executives were decidedly blunt about the lack of government support or leadership for persons with I/DD, other than the bureaucratic requesting of more reports and issuing administrative directives.

The crisis is far from over. As a befitting summary, one executive made clear that: As a result (of poor or lacking government support), Agency X remains committed to its contention that being guided by its core values was, and will continue to be, the best approach. He continued: We also learned from another executive that a crisis could propel us to accomplish goals much sooner than expected when forced to by circumstances.

The future: Generally, most executives indicated that the future is evolving but a return to the pre-COVID era is extremely unlikely.

Enormous respect is due to I/DD leaders for their accomplishments in the ongoing COVID pandemic, and certainly as well to the heads of every human service agency.

Note: All the phrases in italics are direct quotes from the NYIN members.

Arthur Y. Webb was the former Commissioner of OMRDD (now OPWDD) from 1983 to 1990 and Executive Director of the Division of Substance Abuse Services (now OASAS) from 1990 to 1992. Mr. Webb has held several senior executive positions in government and the nonprofit sectors. For the last ten years, he has been a consultant working with numerous nonprofits to translate public policy into innovative solutions. He is formerly the Executive Director of the New York Integrated Network for Persons with Intellectual and Developmental Disabilities (a nonprofit collaboration of providers). Contact: arthur@arthurwebbgroup.com or 917-716-8180.

It was mid-March 2020, and I, like so many others, will never forget how concerned I felt as I prepared to leave my office indefinitely to work from home due […]

Having a substance use disorder can make you more likely to get severely ill from COVID-19. People who use drugs may also have underlying medical conditions that put them at […] 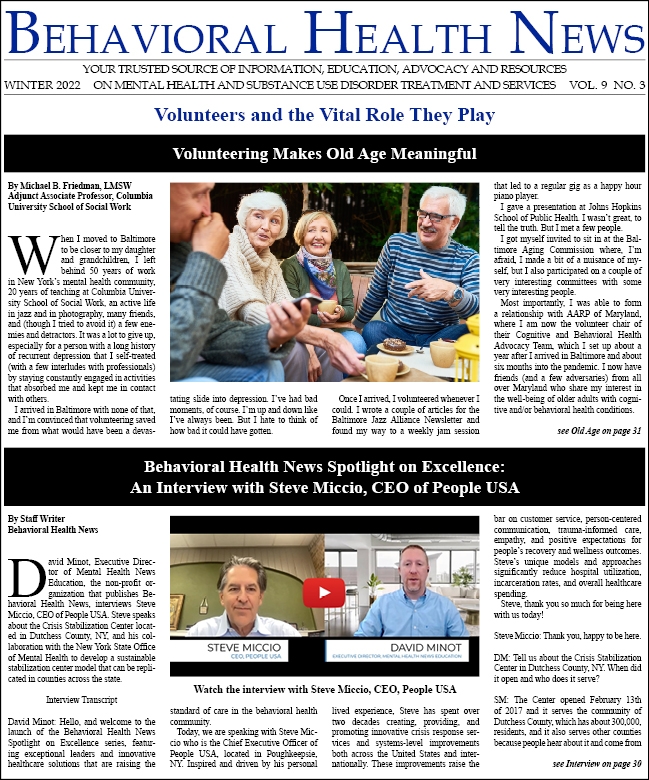