Buprenorphine Misuse Decreased Among U.S. Adults with Opioid Use Disorder From 2015-2019

Data from a nationally representative survey indicate that in 2019, nearly three-fourths of U.S. adults reporting buprenorphine use did not misuse the medication in the past 12 months. In addition, buprenorphine misuse among people with opioid use disorder trended downward between 2015-2019, despite increases in the number of people receiving buprenorphine treatment. The study, published on October 15th in JAMA NetworkOpen, was conducted by the National Institute on Drug Abuse (NIDA), part of the National Institutes of Health (NIH), and the Centers for Disease Control and Prevention (CDC). 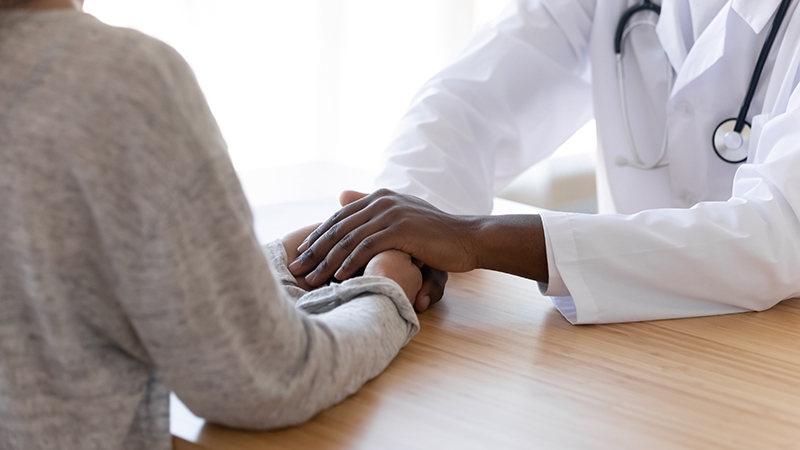 In 2020, more than 93,000 people lost their lives due to drug overdoses, with 75% of those deaths involving an opioid. However, in 2019, less than 18% of people with a past-year opioid use disorder received medications to treat their addiction, in part due to stigma and barriers to accessing these medications. To prescribe buprenorphine for the treatment of opioid use disorder, clinicians must do so within a certified Opioid Treatment Program, or submit a notice of intent to the federal government, and are limited in how many patients they can treat at one time. Only a small proportion of clinicians are eligible to treat opioid use disorder with buprenorphine, and even fewer prescribe the medication.

“High-quality medical practice requires delivery of safe and effective treatments for health conditions, including substance use disorders. This includes providing life-saving medications to people suffering from an opioid use disorder,” said NIDA Director Nora D. Volkow, M.D. “This study provides further evidence to support the need for expanded access to proven treatment approaches, such as buprenorphine therapy, despite the remaining stigma and prejudice that remains for people with addiction and the medications used to treat it.”

In April 2021, the U.S. Department of Health and Human Services released updated buprenorphine practice guidelines to expand access to treatment for opioid use disorder. However, barriers to the use of this treatment remain, including provider unease with managing patients with opioid use disorder, lack of adequate insurance reimbursement, and concerns about risks for diversion, misuse, and overdose. Misuse is defined as patients taking medications in a way not recommended by a physician and can include consuming someone else’s prescription medication or taking one’s own prescription in larger amounts, more frequent doses, or for a longer duration than directed.

To better understand buprenorphine use and misuse, researchers analyzed data on the use and misuse of prescription opioids, including buprenorphine, from the 2015-2019 National Surveys on Drug Use and Health (NSDUH). The NSDUH is conducted annually by the Substance Abuse and Mental Health Services Administration. It provides nationally representative data on prescription opioid use, misuse, opioid use disorder, and motivation for the most recent misuse among U.S. civilian, noninstitutionalized populations.

The study also found that people who received no drug use treatment and those who lived in rural areas were more likely to misuse the medication. However, other factors, such as being a racial/ethnic minority or living in poverty, had no effect on buprenorphine misuse. The study authors suggested that to address the current opioid crisis, both access to and quality of buprenorphine treatment for people with opioid use disorder should be improved.

“Three-quarters of adults taking buprenorphine do not misuse the drug,” said Wilson Compton, M.D., M.P.E., Deputy Director of NIDA and senior author of the study. “Many people with opioid use disorder want help, and as clinicians, we must treat their illness. This study also underscores the urgency of addressing racial and ethnic, health insurance, economic, and geographic disparities in treatment access, to ensure that everyone with opioid use disorder can access this lifesaving medication.”

This article was originally published by the National Institute on Drug Abuse here.

NIDA is a component of the National Institutes of Health, U.S. Department of Health and Human Services. NIDA supports most of the world’s research on the health aspects of drug use and addiction. The Institute carries out a large variety of programs to inform policy, improve practice, and advance addiction science. For more information about NIDA and its programs, visit www.drugabuse.gov.

Applied Behavior Analysis as a Treatment for Survivors of Trauma

Understanding trauma has become a major focus for many different fields of mental health, with each proposing a different strategy for addressing traumatic symptoms and core issues. This has not […]

From the Shadow of COVID, a Bright Emergent Resource: Crisis Stabilization Center

Ketamine for Mental Health Treatment: How Promising Is It?

For centuries, we have sought cures for depression. Some discoveries, such as psychotherapy and medication treatment, are now widely accepted. But they don’t work for everyone. More recently, an unorthodox […]